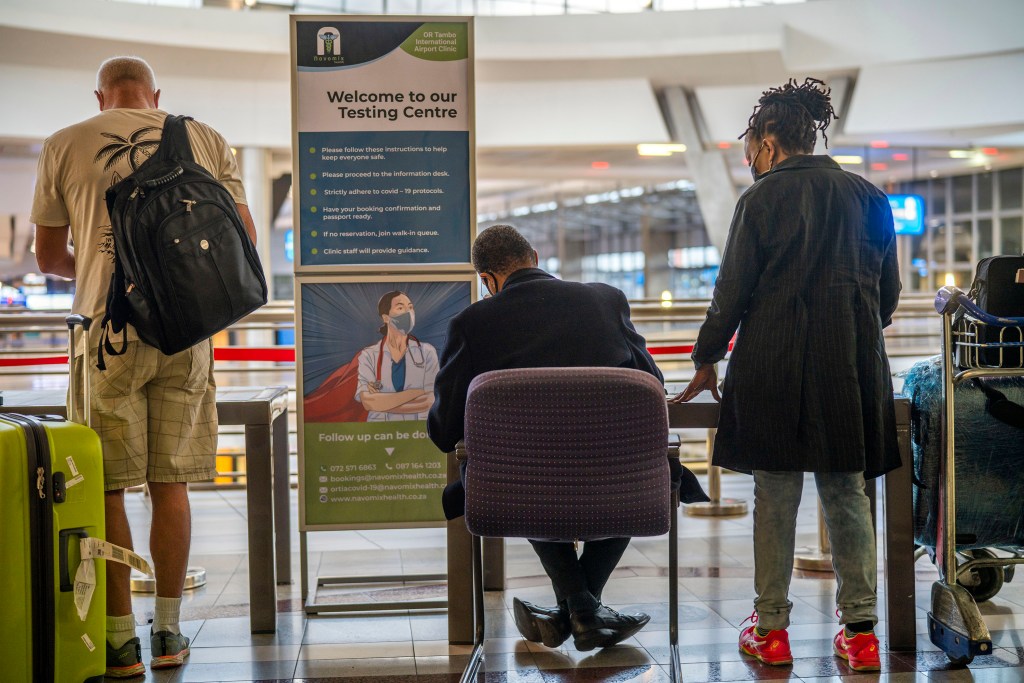 The new variant of COVID-19 first detected in South Africa was given the name Omicron by the World Health Organization on Friday.

An advisory group has classified Omicron as a highly transmissible virus of concern and named it after its Greek letter system.

This is the first time in months that the WHO has classified a variant of COVID-19 with such a name – and is only the fifth variant to receive the designation amid the pandemic.

This is the same category that includes the Delta variant, which quickly became the most common strain in the world.

It could take scientists weeks to fully understand the mutations in the variant, but the WHO panel said early evidence suggests an increased risk of reinfection.

Health officials are rushing to determine whether Omicron is more transmissible or infectious than other variants – and whether vaccines are effective against it.

The advisory group met on Friday after South African scientists alerted them to the new variant earlier this week.

The discovery sent shivers through much of the world as countries rushed to ban flights from southern Africa and markets fell sharply.

Britain has already put six African countries, including South Africa, Namibia, Lesotho, Botswana, Eswatini and Zimbabwe, on its red list – meaning arriving travelers must quarantine themselves for 10 days in a government establishment.

The EU announced on Friday that it would ban flights from southern African countries.

Germany, France, Italy, the Netherlands, Austria, Belgium, Malta and the Czech Republic have already restricted flights from the same countries as the UK.

Dr Anthony Fauci, however, said the United States needed more data on the variant before deciding on a travel ban.

Fauci told CNN that American scientists will meet with their South African counterparts later on Friday.