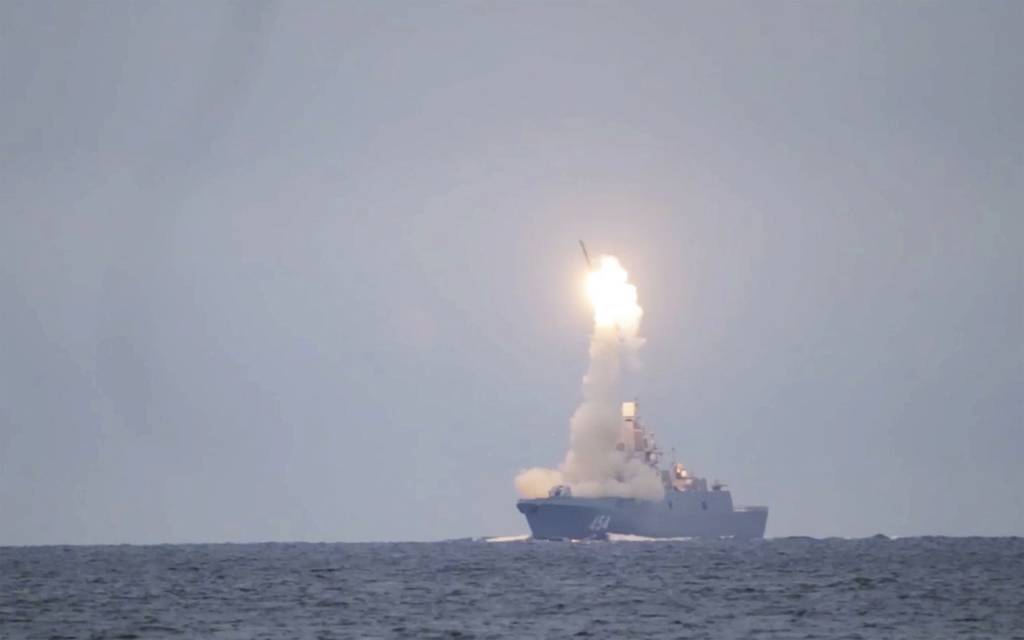 WASHINGTON — The US Northern Command is again requesting additional funds to develop a domestic cruise missile defense capability in its wish list sent to Capitol Hill.

The wish list – or list of unfunded needs – is sent to Congress annually by combatant commands and service chiefs and includes items that were not included in the budget request, but would be desirable if additional funding became available.

General Glen VanHerck, the commander of US NORTHCOM, is seeking $50.87 million for a demonstration of the cruise missile defense homeland kill chain, according to the list obtained by Defense News.

“The requested funds will enable a demonstration of capability that integrates an elevated sensor into an integrated tactical fire control architecture with fire control for a Navy long-range surface-to-air interceptor,” the document states.

“Funding will support the purchase and integration of sensors into the existing fire control network/architecture, up to three week-long exercises for data collection and evaluation, integration of a Navy long-range surface-to-air interceptor and a live-fire test/demonstration “it’s going on.

VanHerck notes that the national defense strategy includes the development and fielding of capabilities necessary to deter and defeat specific threats to the homeland, “including the growing threat from Russia’s long-range cruise missiles.”

NORTHCOM is partnering with the Missile Defense Agency to develop affordable technology that could quickly move from testing to procurement to integration and commissioning, according to the document.

The Missile Defense Agency plans to spend $11 million to work on the architecture of the Homeland’s cruise missile defense system, according to its fiscal year 2023 budget request. This includes the fire control demonstration at using the Joint Tactical Integrated Fire Control System.

“The trading space is always within the department on how quickly we are going to act against defended assets and critical assets, so there is a lot of homework to do,” said Vice Admiral Jon Hill, director of the MDA, said, of domestic cruise missile defense, when the FY23 budget was released last month. “Our job is to define the technical architecture options and work within the department to see what we can do.”

MDA requested $14 million in FY22 to work on domestic cruise missile defense. In its FY22 wishlist, it sought an additional $27 million to develop and demonstrate the fire control sensor for a potential cruise missile threat engagement, which could also be effective in detecting missile threats. hypersonic.

US NORTHCOM included the same request in its list of unfunded requirements for FY22.

In the new wishlist, NORTHCOM is requesting an additional $135 million in total.

The command would like $29.8 million for an information dominance activation capability. Funding would purchase necessary information technology equipment and fund configuration infrastructure to support the application and optimization of artificial intelligence and machine learning capabilities in the operations center joint NORAD and NORTHCOM.

Joe Gould contributed to this report.

Jen Judson is an award-winning reporter covering ground warfare for Defense News. She has also worked for Politico and Inside Defense. She holds a Master of Science in Journalism from Boston University and a Bachelor of Arts from Kenyon College.