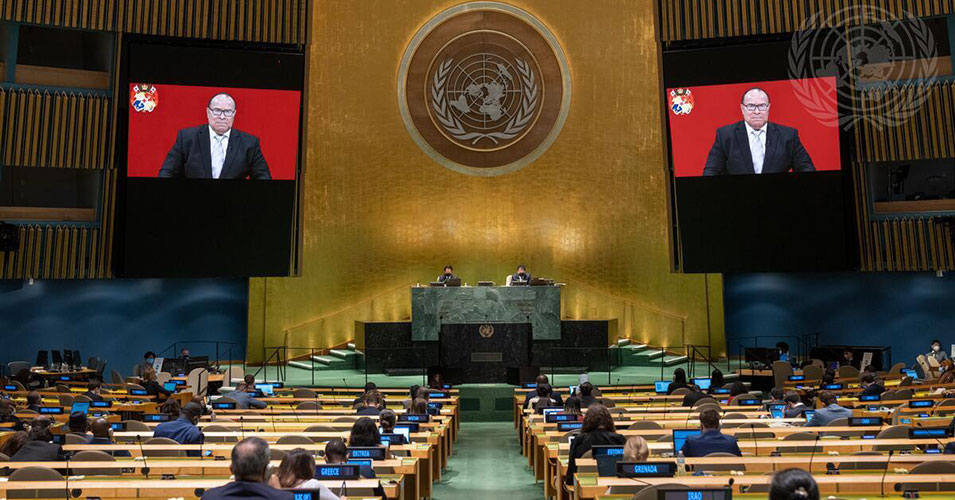 Tonga’s prime minister told the United Nations that Tonga aims to immunize up to 70% of its population by the end of 2022.

In a recorded speech, the Hon. Reverend Dr Pohiva Tu’i’onetoa told 76e Session of the UN General Assembly on September 25, Tonga’s response has been to remain vigilant in the face of this global pandemic. “To date, around a third of the population has been vaccinated and Tonga aims to vaccinate up to 70% of the population by the end of 2022.”

The Prime Minister expressed his sincere thanks for the COVID-19 vaccine Tonga had received from COVAX Installation of more than 70,000 doses, in addition to logistical and other support.

He also said that Tonga was ranked by the World Risk Report 2017 “as the second country in the world most exposed to natural disasters such as cyclones, floods and sea level rise”.

Tonga supports the goal of limiting global warming and has submitted their second Nationally Determined Contribution (NDC) in 2020 and had also launched its Energy Efficiency Master Plan (TEEMP for 2020-2030) and its National Sustainable Energy Certificate.

“A clear testament to our determination to achieve a sustainable energy future while mitigating the effects of climate change,” he said.