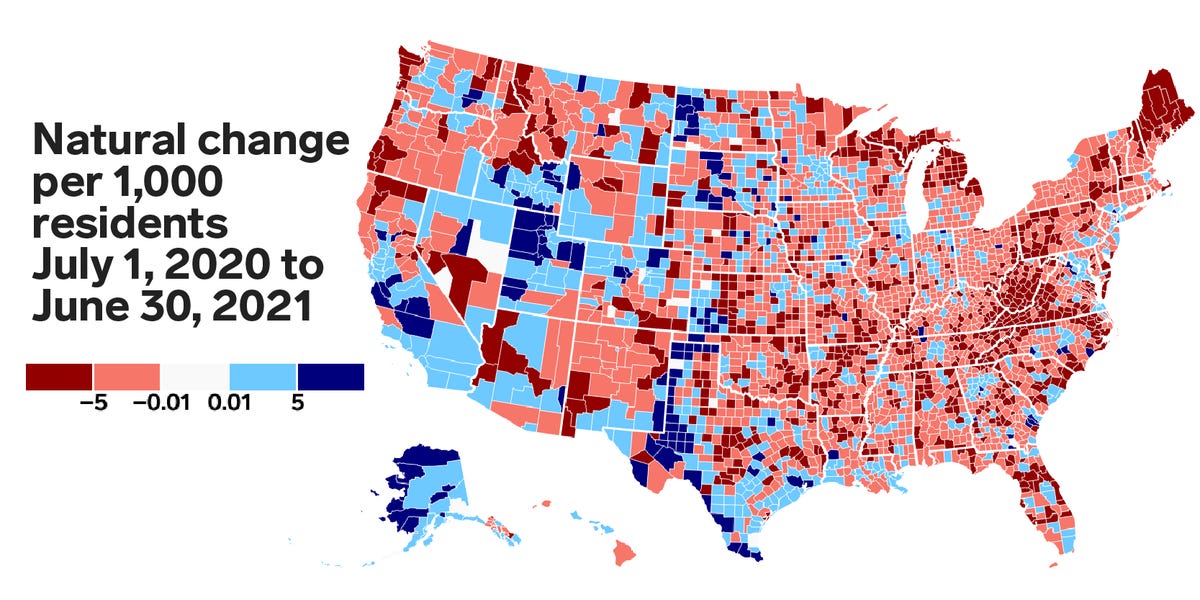 About three-quarters of the 3,143 counties in the United States recorded more deaths than births in 2021.

This is based on data on natural population change, comparing the number of births and deaths, from July 1, 2020 to June 30, 2021 for counties recently published by the Census Bureau.

“In 2021, fewer births, an aging population, and increased mortality — intensified by the COVID-19 pandemic — contributed to an increase in natural decline,” or an excess of deaths over births, the Census wrote. Office in a Press release.

A point to remember is that none of the counties in New Hampshire, Maine, Delaware and Rhode Island experienced natural increases. According to the Census Bureau press release and as shown in the map above, the counties that make up these four states have all had more deaths than births.

The following table shows the counties with populations of at least 10,000 in 2020 that had the highest natural increase per 1,000 population:

Similarly, the following table shows the counties with at least 10,000 residents as of July 1, 2020 that had the largest natural decline per 1,000 residents: