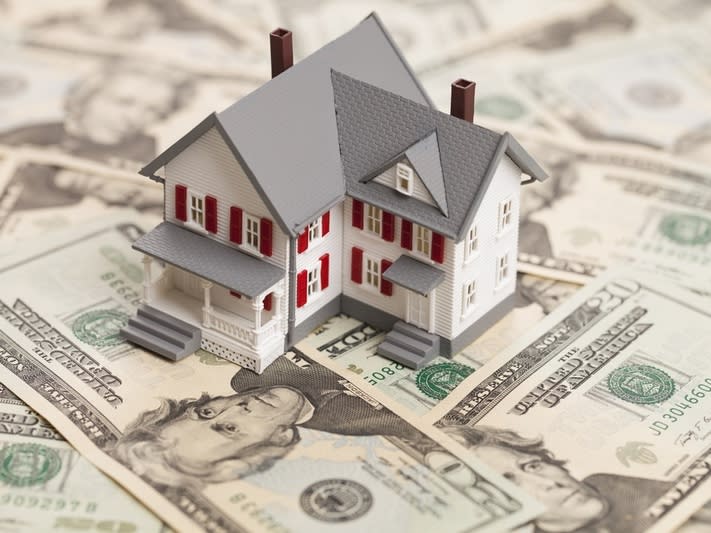 CALIFORNIA — The median-priced California home first broke through the $120,000 mark in 1985, a year when most baby boomers were in their 30s. While their children have reached that same milestone in 2022, home ownership for many is simply not within reach.

Home prices have seen a dramatic increase nationwide over the past two decades, according to a new study by Anytime Estimate. In California, prices have soared 277% since 2000, the biggest increase in the United States

“To qualify for one of these homes anywhere in the Bay Area, you need to have an average annual income of $235,000,” said Tim Yee, real estate broker and president of RE/MAX Gold Bay Area. “It’s crazy, and for first-time home buyers, it’s extraordinarily difficult unless they have very wealthy parents.”

But increases in annual income have barely kept up with inflation in recent decades.

Since 2021, the inflation rate has jumped 7.5%, and Golden Staters are feeling the effects on everything from gas to groceries. But last year, house prices rose 20%, outpacing the rate of inflation.

In the Bay Area in general, households earning between $80,000 and $165,000 a year qualify as “middle income,” the San Francisco Chronicle reported.

In 1985, 37% of California families could afford to buy a home at the median price, the Los Angeles Times reported then. But from 2016 to 2020, California’s median household income was just $78,672, according to the US Census Bureau.

Home prices have risen rapidly across the country over the past five decades. Inflation is partly to blame, but rising house prices have exceeded the inflation rate by 150% since 1970, according to Anytime Estimate.

So why is California experiencing such price hikes?

Over the past year and a half, the Golden State housing market has exploded with demand in part because of record high mortgage interest rates, California Association deputy chief economist Oscar Wei previously said. of Realtors.

“In 2005, 2006, that’s when the housing market was also very hot. … At that time, the interest rate was around 6%,” Wei said. “It’s really motivated a lot of buyers over the last year and a half to jump into the market.”

The COVID-19 pandemic has also spurred massive demand from those working from home to find homes with home offices and in less populated areas and suburbs, according to Anytime Estimate.

The result: Millennials in their 30s face a home price-to-income ratio 31% higher than baby boomers the same age, according to Anytime Estimate.

“The American dream has always been expensive, but with accelerating house prices and disproportionate increases in annual income over the past few decades, millennials face a much bigger problem than baby boomers at their age. “, the researchers said in the report.

The researchers identified 13 US cities where home values ​​increased by more than 200%. The following California cities made this list.

See the full list and read the report here.

This article originally appeared on the Across California patch