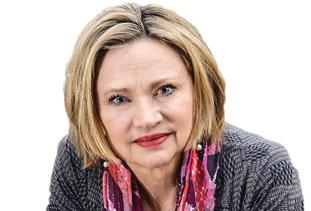 On Tuesday, four new city council members and one incumbent were sworn in to serve the community of Boulder. This is the second election in a row in which a majority of “Coalition” candidates prevailed. So ends the long-standing lockdown that the PLAN-Boulder-backed candidates held on the majority of city council.

Although some members of the community do not like the “slates,” I contend that it was the only route to fair and equal representation on city council. The Coalition, of which I was a part, is a collaboration between completely independent and free-spirited organizations, none having the same beliefs and priorities. Two Coalition organizations, Open Boulder and Better Boulder, have been involved in the election for years and have a pool of established supporters. Three more recent organizations, “Boulder is for People”, United Campus Workers and the Progressives, succeeded in generating enthusiasm among young members of our community, resulting in an increase in votes on the last day which altered the results of the elections. elections.

The Coalition’s extensive vetting process reduced the list of confirmed and potential applicants from 14 to four potential approvals. This effort was thwarted by a new political entity, Forward Boulder, which selected a completely different slate of candidates. In many cases, the differences between the candidates selected by the two groups were minimal, but the rhetoric on either side of the political divide exaggerated the existing differences.

Forward Boulder’s first fundraising email shouted, “Past experience tells us that special interests will spend tens of thousands of dollars on independent expenses (‘black money’ that does not require disclosure of funding source) over the past two weeks to try and beat Michael, Steve, Mark and Tara. We need your help to counter this expected flow of black money. Frankly, that insults the strong election laws of Boulder and those of us who participated in this year’s election. By urging voters to act with fear of non-existent “black money”, rather than generating enthusiasm about the merits of their stand on issues, it is disrespectful to our residents.

This newspaper and others denounced certain bad behavior of individuals and organizations throughout this election. In truth, this is nothing new for the Boulder election. But what has not been pointed out are the collaborative efforts between political lines; for example, the Coalition organized a coordinated post-election placard drive among all candidates and election campaigns. Together, without fanfare, we have succeeded in responsibly and environmentally friendly recycling of the campaign signs we have collected.

Yet we can do better as a community. I have no doubts that Boulder’s majority electoral system is contributing to our overheated elections and is past its useful life. One potential alternative is the multi-winner form of the ranked-choice voting method of election that Boulder adopted by a landslide last year as a way to directly elect our future mayors, starting in 2023.

We must act to reform our municipal elections. The community supports him. In a June 2021 survey (which I commissioned) from Bob Drake Research and Strategy, 73% of voters in Boulder supported a move to ranked choice voting for council members.

The easiest way to expand ranked proportional choice voting is for the Council to add it to their 2022 work plan. This will give them ample time to study it, have community conversations and debates, and place. a ranked choice voting initiative on the 2022 ballot. Organizations like Open Boulder and the League of Women Voters stand ready to help with the necessary analysis. Newly elected Council member Matt Benjamin has been a thought leader on this topic and plans to propose electoral reform early in his term. Hopefully four more Council members will provide the majority support it needs to position the ranked proportional choice voting as part of the 2022 work plan.

While this won’t eliminate all the nastiness, let’s revise our electoral process to increase community engagement and promote healthy dialogue in our City Council campaigns.

Jan Burton is a former member of Boulder City Council.