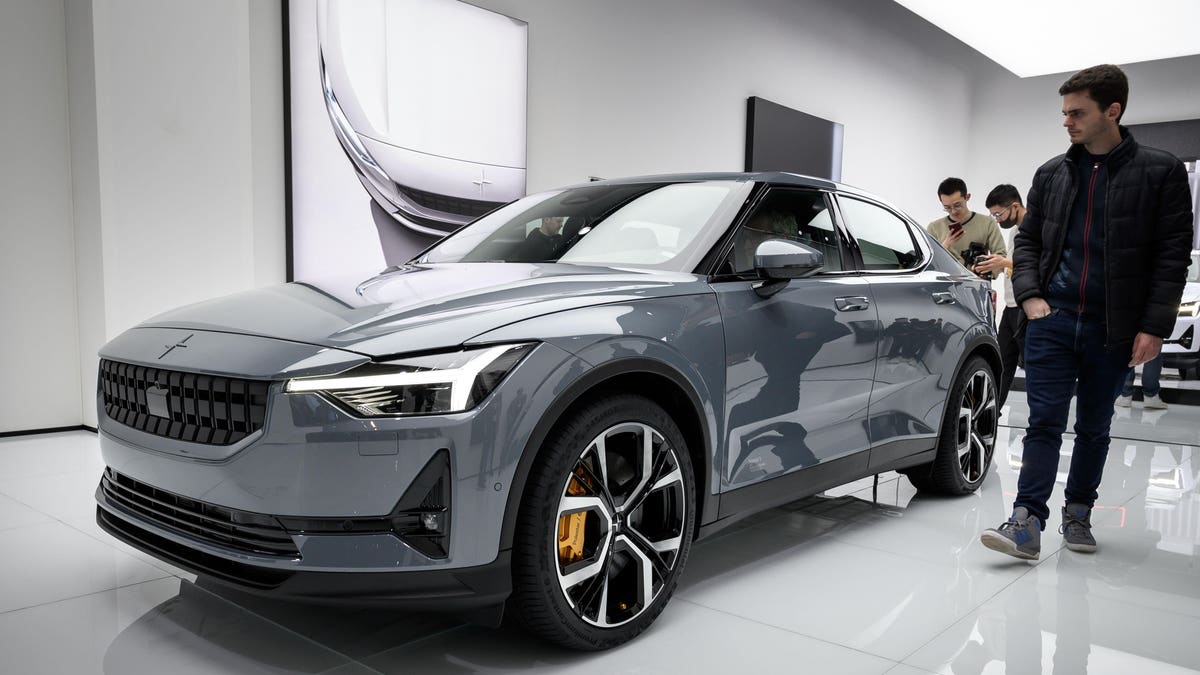 Polestar, a Swedish performance-driven electric vehicle maker backed by Volvo Cars and China’s Geely, plans to list shares on the Nasdaq through a merger with blank check firm Gores Guggenheim, which will raise around $ 1 billion to expand its model range and future production. at the head with high-end Teslas.

The Gothenburg, Sweden-based company, which started as a Volvo racing unit more than two decades ago and was repositioned as a stand-alone electric vehicle company in 2017, has sold around 10,000 units of its premium cars Polestar 1 and 2 last year and intends to add three new models and increase sales to 290,000 units worldwide by 2025. Once completed, the merger with Gores Guggenheim, a company of specialized acquisition, will give Polestar access to $ 800 million in cash and up to approximately $ 250 million from private investors. The deal values ​​Polestar at around $ 20 billion, according to the partners.

“We are delighted with the targeted addition of three new premium electric cars to our lineup by 2024, starting with our first SUV expected in 2022,” Polestar CEO Thomas Ingenlath said in a statement sent. by e-mail. “The proposed business combination and listing position Polestar as a financially strong and sustainable global manufacturer of electric cars. This will allow us to accelerate our growth, our strategy and above all our mission towards sustainable mobility.

Polestar, which also counts actor Leonardo DiCaprio as an investor, joins start-ups like Lucid, Rivan and Fisker Inc. The Swedish company has more production experience than most of its new competitors – Rivian has started building vehicles that this month, Lucid is set to start producing its Air sedan and Fisker will launch next year – and alliances with Volvo Cars and auto giant Geely that give it access to resources. additional engineering and parts supply chains.

The proposed merger, which was unanimously approved by the boards of directors of the two companies, is expected to be finalized in the first half of 2022. The merged company will be called Polestar Automotive Holding UK Limited and will operate under the ticker “PSNY” . Future models, the Polestar SUVs 3, 4 and 5, will be released in 2022, 2023 and 2024 respectively, and will have a range of around 360 miles (600 kilometers) per charge, the companies said.

The $ 155,000 Polestar 1 and $ 60,000 Polestar 2 are currently available in 14 markets around the world. With its new models and funds from the SPAC merger, the brand will be sold in 30 countries by 2023, said Ingenlath. In addition to being electric, the next Polestar 3 and 4 models will be equipped with a “range on the road” driving capability, powered by Luminar laser lidar sensors, software from Zenseact and a computer system supplied by Nvidia, the companies said.

The $ 20 billion valuation is based on multiples of Polestar’s estimated revenue in 2023 and 2024, the companies said. Current Polestar investors will retain around 94% of the company’s share capital after the merger.