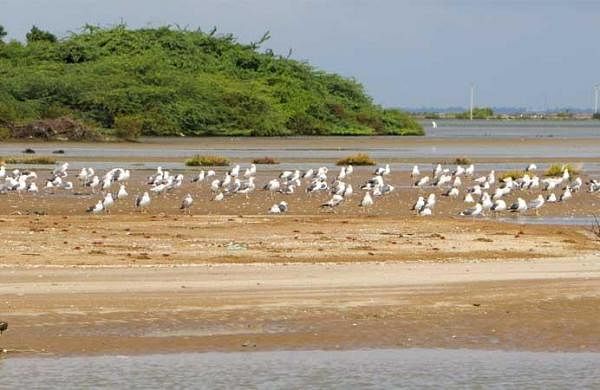 CHENNAI: As the annual migration of Arctic birds begins to the Point Calimere Bird and Wildlife Sanctuary at Kodiyakarai in Nagapattinam, the state forestry department has scheduled its annual synchronized bird census for two days on 22 and January 23.

Thousands of shorebirds have already flocked to the area and the size of the congregation, which field observers say ranges up to 4-5 km, is much larger than in previous years. Chief Wildlife Custodian Shekar Kumar Niraj said: “Usually the census is taken in February. But this time around, we decided to move it forward to January last week when bird numbers are expected to peak. “

The census will be carried out simultaneously in the 16 bird sanctuaries, marshes and other important wetlands of Tamil Nadu. The objective is to assess the diversity of species and the population of migratory birds.

A webinar involving the Bombay Natural History Society (BNHS) and the Salim Ali Center for Ornithology and Natural History and Wildlife Institute of India will be held prior to the bird assessment, to discuss the methodology and techniques to be adopted in the exercise.

“All census results will be sent to Wildlife Warden, Nagapattinam for compilation and analysis. They will prepare a consolidated bird estimate report and submit it to me by February 10,” Niraj said.

Bivash Pandav, director of the Bombay Natural History Society (BNHS), said The new Indian express that it will be too early to draw any conclusions on the migratory bird population, but stressed that good congregations are seen at Point Calimere, all thanks to a good monsoon.

S Balachandran, deputy director of the BNHS Regional Migration Study Center in Kodiyakarai, said the last week of January was the perfect time to take the census. “Almost 3-4 lakh shorebirds congregate in November last week and the first week of December. This year things look very bright and the conditions are perfect for the birds to stay longer than usual. Thousands of terns and gulls, relay pups, sandpipers and ring-necked turnstones have been seen wading in shallow water, ”he said.

The seasonal migration ritual takes place annually on the Central Asian Flyway (CAF), comprising 29 countries including Iraq, Kuwait, Qatar, Kyrgyzstan, Nepal, India, Bhutan, Myanmar and the Maldives. The birds make long nonstop journeys from arctic and European regions during the winter in South Asia and typically stop in the coastal swamps of Point Calimere between November and February.

Point Calimere is home to shallow water, shorelines, and long sand bars; intertidal plains and intertidal forests which are mainly mangroves and seasonal, and which often turn into saline lagoons, making them a refuge for migrating birds.

G Vijaya Kumar, secretary of the Madras Naturalists Society (MNS), said the numbers are also quite healthy at the Vedanthangal Bird Sanctuary. “Arrivals will peak in the coming days. The MNS is also planning the annual Asian waterbird census in January.”