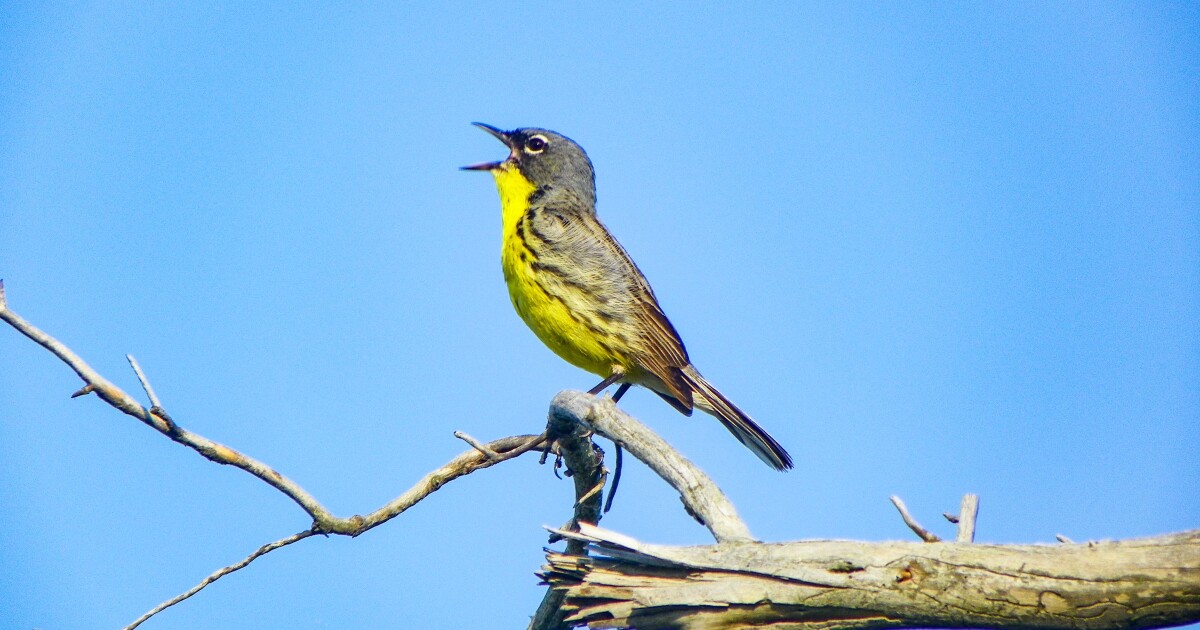 Environmentalists call the rebound of the Kirtland’s Warbler a success.

The songbird was one of the first species to be listed as endangered in 1973.

Populations fell to a low of 167 pairs before rebounding to 2,000 pairs when they were delisted in 2019.

For the past 20 years, if you wanted to see a Kirtland’s Warbler in the United States, you had to travel to the northern parts of the Lower Peninsula of Michigan. Even then, your chances were not great.

This is now starting to change.

“Just because a species is removed from the endangered species list or from the threatened species list, monitoring of that species continues as part of the delisting for several years thereafter,” said said John Pepin, deputy head of public information for the Michigan Department of Natural Resources.

The census revealed that the global population of the Kirtland’s Warbler is estimated at 2,245 pairs, more than double the recovery target.

The survey also found that birds continue to thrive in the Upper Peninsula and Wisconsin. 67 singing males were found in UP and 39 in Wisconsin, mainly in Adam County.

This is a record for Wisconsin.

“It’s an indication that they are successful in these areas that takes them out of this particular type of place of residence where they were in the northern part of central state,” Pepin said.

Pepin said a key part of their recovery has been to rebuild and improve bird habitat.

Natural forest fires used to help maintain this habitat for them, but humans are working hard to suppress these large fires.

Pepin said it’s up to humans to help improve their habitat.

“What we’re doing is harvesting mature jack pine and also replanting jack pine seedlings to reproduce this type of young regenerating forest growth that is really important for them to nest,” he said.

Pepin attributes this achievement to the hard work of individuals, groups, and state and federal resources working together to repair warbler habitat.

Something he says they’ll have to keep doing to make sure this species continues to thrive.

“It will continue to need the help of humans as we move forward, but the gains that have been made now have been over decades, it really is a great achievement,” said Pepin.

You can learn more about the Kirtland’s Warbler on the US Fish and Wildlife Service website.