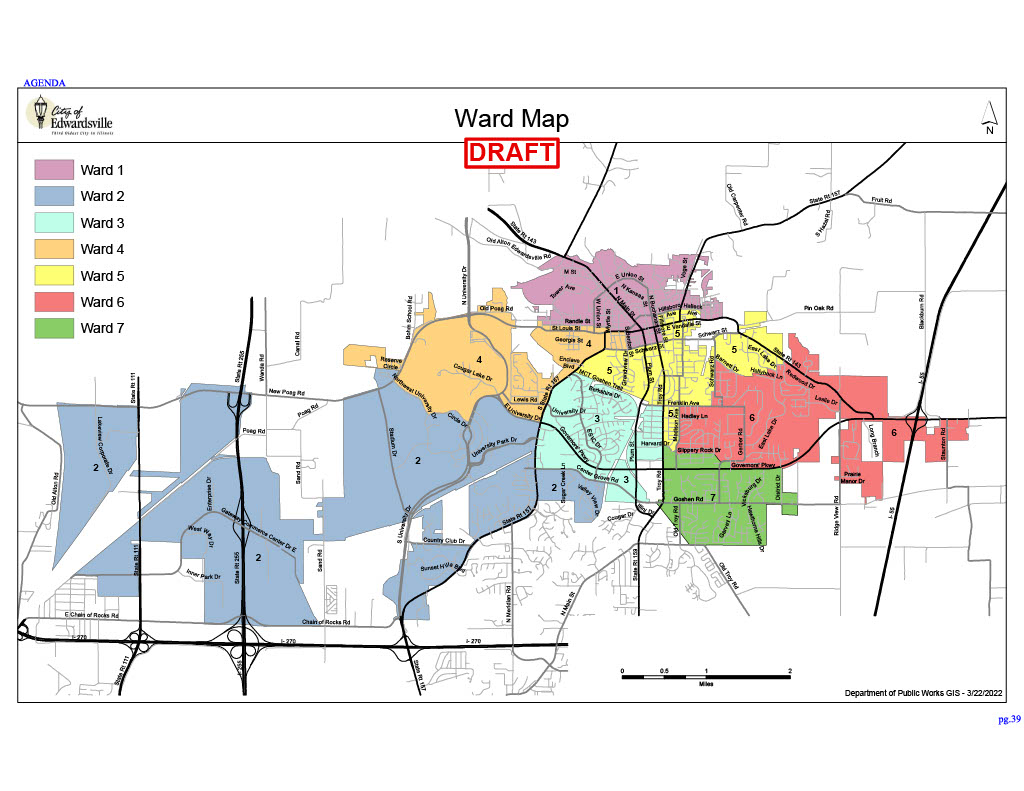 Now that the results of the 2020 census are available, the data will mean boundary changes for some areas of the city. At the Administrative and Community Services (ACS) committee on Thursday, the committee heard some details about the proposed changes to the first reading of the ordinance before voting unanimously to amend the ordinance.

State law dictates that ward boundaries should be nearly equal in population, compact, and contiguous. Urban planner Emily Calderon said the proposed new neighborhood map was drawn up using certain parameters. The target population for each ward was set by dividing the city’s total population of 26,808 by the number of wards of seven, setting the target population for each ward at 3,830 people. Five percent above or below this target is considered acceptable.


Calderon said the three major changes would involve the Grandview Subdivision, West Linden, Cherry, Magnolia and Quince streets moving from Ward 4 to Ward 5. The area between Hillsboro Avenue and Chapman Street would move from Ward 5 to Ward 1 The other change moves a few blocks west of Troy Road between Franklin and McKinley Avenues from Ward 5 to Ward 3.

Calderon added that these proposed changes are the least possible to meet the population guidelines for each neighborhood. This updated ward map would come into effect before the next election and before the next council election in April 2023.

Then the aldermen will review the map. Ward 5 Alderman William Krause believes this is the biggest population shift in his ward since 2000.

“I’m happy to invite Grandview residents to Ward 5; happy to come out and start talking to them to see what their concerns are,” he said.

The plan now goes to the full city council for a first reading on Tuesday, then to the ACS for a second reading on April 14 and to the city council on April 19 for a vote. The final approved map will come into effect at the next election.