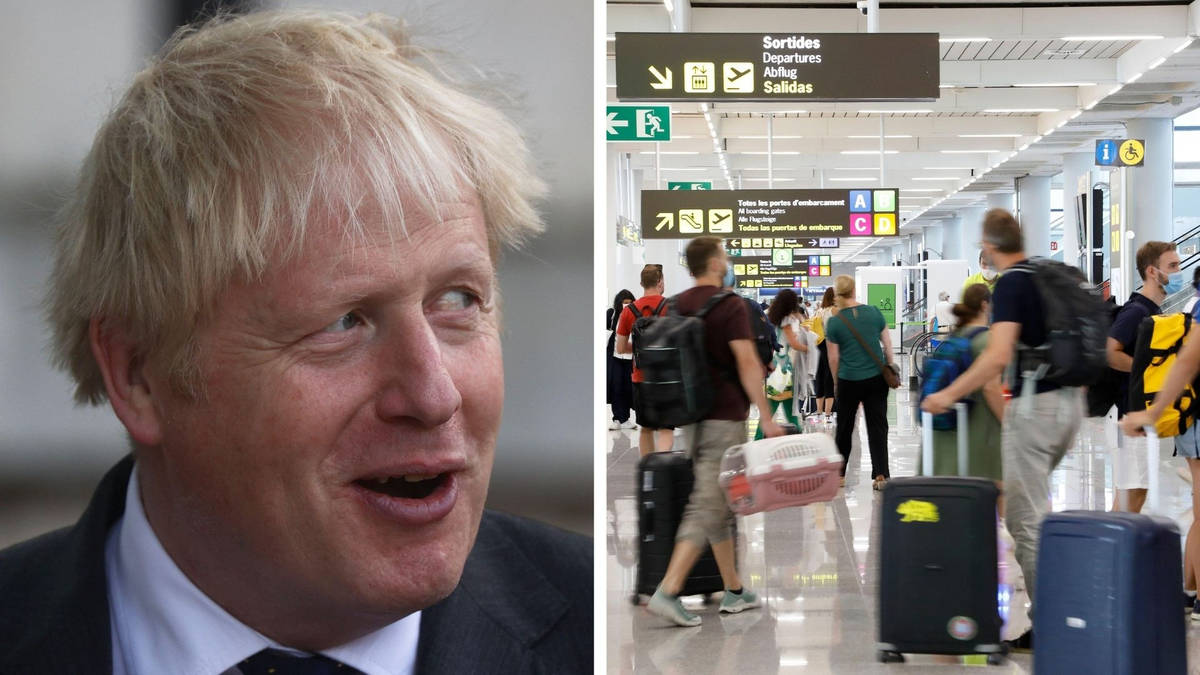 The traffic light system is set to be overhauled and simplified after months of criticism that it is too confusing and overwhelming for tourists.

The government has moved countries between the Green, Orange and Red lists, with travelers being given extremely short notice if their destination changes.

This led to scenes of tourists scrambling desperately to return home if their country was added to the Red or Orange lists, which had varying quarantine requirements.

Reports say that after months of criticism from vacationers and the travel industry, the system will be drastically overhauled and simplified.

Boris Johnson said earlier in the week he wanted to review travel rules and make “the burden of testing less onerous for those returning to the country.”

The Times reports that the orange list will be scrapped and the Telegraph said amber and green will be merged into one list.

The Guardian reports that it will now be a set of “go” and “no go” lists, with the red list to be halved.

A travel review, in which countries move between the lists, is planned.

Covid travel expert Tim White said he expected redlist changes but added: “Personally I think there will be a review, but with greenlists / oranges which should be phased out soon, it would seem pointless to move a country to green for two weeks, or from amber to green. “

The system has been ridiculed for the amount of lists that have emerged.

Green List countries are the easiest to visit, and fully vaccinated tourists do not need to self-quarantine when returning from Orange List destinations. Previously, they had to isolate themselves at home.

Redlisted arrivals must be quarantined at a government-approved hotel.

Simplification would be welcome for the travel industry, which has been battered by roadblocks and tourist restrictions.

Another boost follows as well – with expectations that the requirements for tourists to take expensive PCR tests at the end of their vacation will be removed.