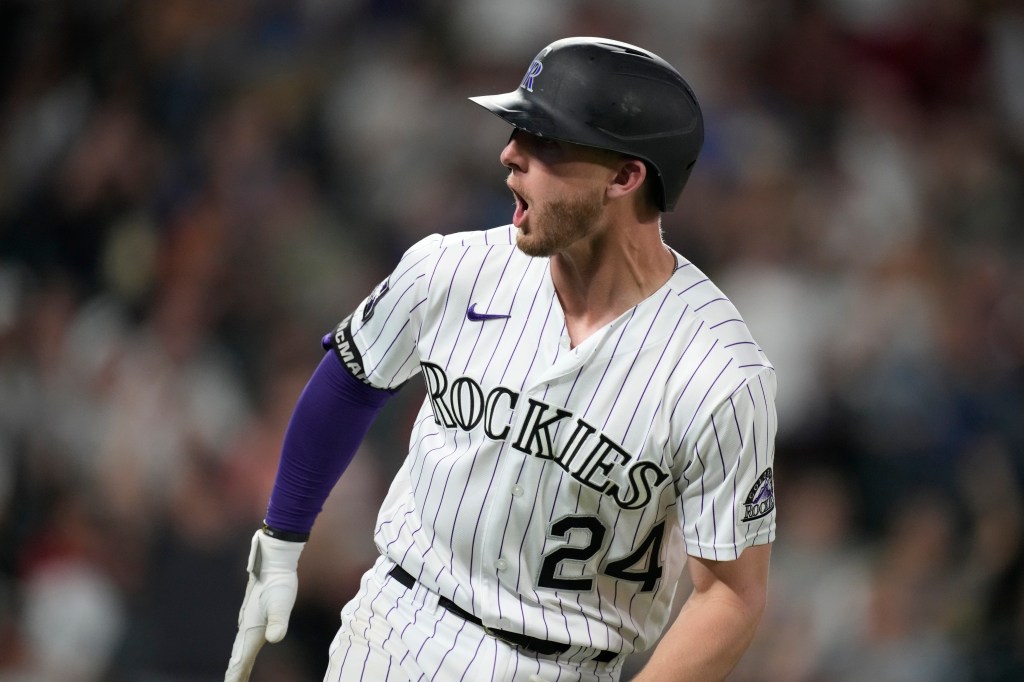 If we’re playing the “could, should, should have” fantasy baseball game, the Rockies are a playoff contender.

Consider: When they opened the so-called “second half” of the season Friday night against the Dodgers at Coors Field, the Rockies’ record was 40-51. They were 31-17 at Coors Field but 9-34 away.

But as famed NFL philosopher Bill Parcells once said, “You are what your record says you are.”

And the Rockies’ record says they’re a long-term wildcard prospect – at best.

This means that the franchise faces a lot of critical questions during the second half.

Will they trade shortstop Trevor Story, right-hander Jon Gray, right-hander Mychal Givens or first baseman CJ Cron? Can they figure out how to play competitive baseball on the road? Who can we count on to get out of the bullpen regularly? Can the starting rotation maintain its excellence? Which players are really the building blocks of the future?

Story, the double all-star, and Gray, a warrior from Coors Field, are the most coveted trading tokens. The two are free agents at the end of the season and Story will say goodbye to Colorado. Gray is also likely to leave.

The Rockies need to rebuild their farming system, ideally with players who are about to be ready for the big league. However, interim general manager Bill Schmidt won’t pull the trigger on a deal unless Colorado gets reasonable value in return.

The story has been linked to the Oakland A’s and the Chicago White Sox, but Schmidt said no deal is imminent. Rumor has it that Gray is going to the Yankees or Dodgers, but those are just rumors at this point.

“Yes, we have decisions to make, but we don’t have to move players for financial reasons,” Schmidt told the Denver Post Thursday. “At the end of the day, it will be about what we can get back. We are not a farming system for others.

If the Rockies trade Story, Gray, or both, their record in August and September could turn ugly, but the long-term payoff will likely be worth it in the short term.

The misfortunes of the road

The numbers tell the story. Away from Coors Field, Colorado ranks last in the majors in wins (nine), batting average (.204), percentage on base (.279), OPS (.584) and shots. circuit (25). The meager total of home runs is alarming. Even the humble Pittsburgh Pirates have hit 41 home runs.

The best quote on Colorado’s helpless traffic violation came from manager Bud Black, who said, “We’re banging our heads against the wall trying to figure this out. We really do.

It would help the Rockies considerably if they could find – or develop – a slugger who can hit a game-changing homer on the road. At least every now and then. Of the Rockies’ 34 road losses this season, 16 have been by two points or less.

Veteran right fielder Charlie Blackmon said the Rockies face a distinct disadvantage because they have to adjust to a different pitch on the road than at Coors Field.

“The ball does things differently (on the road) once it leaves the pitcher’s hand, before reaching home plate,” said Blackmon, who hit a solid .286 on the road but failed. only four home runs this season – none outside of Coors Field.

“At the big league level, playing against the best in the world, having to make these adjustments in competition overnight when hardly anyone else in the game has to, that’s going to have an effect. , ”Added Blackmon.

That’s right, but in all of their history, the Rockies have never hit the road so badly.

The inconsistency has been the most consistent thing about the relievers. Closer Daniel Bard and editors Tyler Kinley and Carlos Estevez have been riding a roller coaster all season. Givens, who could be wanted by a number of other teams, was the exception, posting a 2.92 ERA.

The result is a bullpen ERA of 5.29 which is the second highest in the National League after 5.46 for the Diamondbacks. The Rockies relievers allowed 43% of legacy runners to score, the third-highest in the NL (Phillies and Giants, 44%).

Black has inserted young lifters such as right-hander Justin Lawrence (4.61) and southpaw Lucas Gilbreath (7.98) in some high-leverage situations, partly out of necessity and partly to test their moxie.

Right-hander Yency Almonte pitched well in last year’s cropped season when he led the Colorado relievers with 27 2/3 innings while posting a 2.93 ERA with just two home runs. But he stumbled badly in the first half this season (10.67 ERA, seven home runs in 27 innings). He’s out of options, but the Rockies still believe in his talent. That said, he needs a solid second half.

The performance of the starters has been the best thing of the season. They have an ERA of 4.22 and tend towards the lowest ERA in franchise history (4.10 in 2009). The Rockies starters have a remarkable 3.32 ERA at Coors.

“I’m very proud of this rotation,” left-hander Kyle Freeland said. “I said in the spring that this team was going to win or lose on the backs of the starting pitchers, and that’s sort of true.”

The trick now is to maintain that excellence for a full season. Lefty Austin Gomber, the only league-ready piece commercially obtained with St. Louis for Nolan Arenado, was riding until oppression in the left forearm placed him on the casualty list on June 20. In 15 starts, Gomber was 6-5 with an ERA of 3.68. In his last eight starts, he was 4-1 with a 1.61 ERA. He is set to begin a rehab mission in the minor leagues soon, but it remains to be seen how much action he will see in the second half of the season.

“It’s probably a blessing here that he maybe had that little downtime window,” Black said when Gomber went on the IL. “We were probably going to do that at some point with him, just depending on where he was last year and the year before in innings and throws.”

If Gray is traded, it could open the door for 23-year-old southpaw Ryan Rolison to make his big-league debut. He’s had a tough summer. After removing his appendix and recovering from it, Rolison was hit in the hand by a flying ball while training at batting with Triple-A Albuquerque. The ball broke a joint in his left middle finger, so he’s a little late, but the Rockies could still call him in in September.

If Black said it once, he probably said it 91 times in the first half: “It’s a learning experience for these guys.”

Lessons will continue for the last 71 games and questions will be asked, especially for the following key players:

– Third baseman Ryan McMahon was on his way to the stars until he collapsed in late June. He leads the team in home runs (16), but is 0.221 on the road and just 0.227 with runners in scoring position. He has to prove he’s the middle hitter Colorado needs.

–Infielder Brendan Rodgers could be Story’s heir to shortstop. He’s shown flashes of his power with five homers in 41 games, and he’s hitting .261. He’ll be under the microscope in the second half.

– Left fielder Raimel Tapia is now a high class player and although he can be sequenced he is a dynamic player. In June, he reached .345 with 26 runs, 15 doubles and 12 RBIs. He’s not expected to become a free agent until the 2023 season, so he’s projecting himself as the first hitter Colorado needs, at least for now.

– For years, the Rockies desperately needed a solid defensive receiver with pop in his bat. For most of the first half, neither Dom Nunez nor Elias Diaz seemed to be the answer. But Diaz got hot right before the break. From June 28 to July 11, he slashed 0.400 / 0.477 / 0.886 with an OPS of 1.333, five homers, two doubles and nine RBIs in 10 games. Was this an aberration or a sign of things to come?

“We knew it was going to be a year for a lot of guys to hopefully improve in performance and solidify as big league players,” Black said. “We are always looking for this growth. Our expectations are to improve ourselves as a team and as individuals.