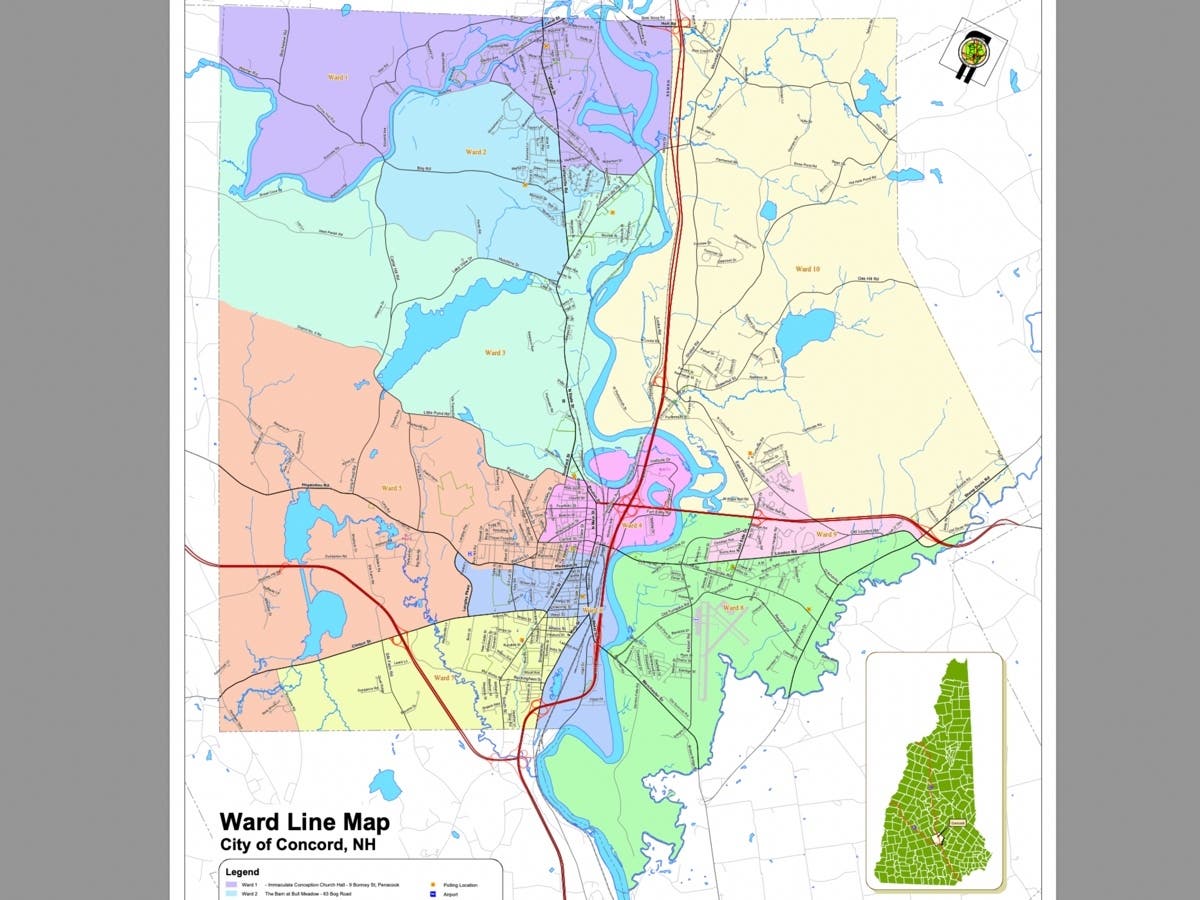 CONCORD, NH – A new city redistribution committee will be appointed on Tuesday, leading Concord city council to begin the process of redrawing its neighborhood maps.

Other appointees to the committee include Jae Whitelaw, a lawyer; Drew Biemer, a communications strategist who was a former staff member of President George W. Bush and former Florida Governor Jeb Bush; and Michael Vlacich, senior advisor to US Senator Jeanne Shaheen (D-NH).

Bouley will be chairman of the committee.

Three wards of Concord – Wards 1 and 2, the village wards of Penacook and West Concord, as well as Ward 3, have seen the strongest growth in the city. The demographic growth of each neighborhood, between 15 and 19 percent, will require a neighborhood change. One of the reasons for the strong population growth in Ward 3 was the construction of a new women’s prison.

The population of the two prisons in Ward 3 is around 2,200 people, almost half the size of an ideal ward.

One of the reasons Ward 4 may have declined is that law school students at UNH and NHTI took distance education during the coronavirus pandemic when census officials were counting residents.

According to city data, the average neighborhood size for each of the 10 2020 neighborhoods should be around 4,398 inhabitants, compared to 4,067 inhabitants. The ideal deviation from this number is considered to be plus or minus 5 percent or about 220 people.

In order to bridge the gap to create ideal neighborhoods, Neighborhoods 1, 2 and 3 will need to displace between 220 and 315 people from their current designs. Wards 4, 5, 6 and 7 will require the addition of 50 to 180 people.

The 2011 electoral district plan is available at a link here, in PDF format.

Meetings will take place between mid-October and the first week of November, according to Bouley’s memo to the board.

Do you have a tip? Send it to [email protected] Watch videos on Tony Schinella’s YouTube.com channel or Rumble.com channel. Follow the New Hampshire Patch Politics Twitter account @NHPatchPolitics for all of our campaign coverage.