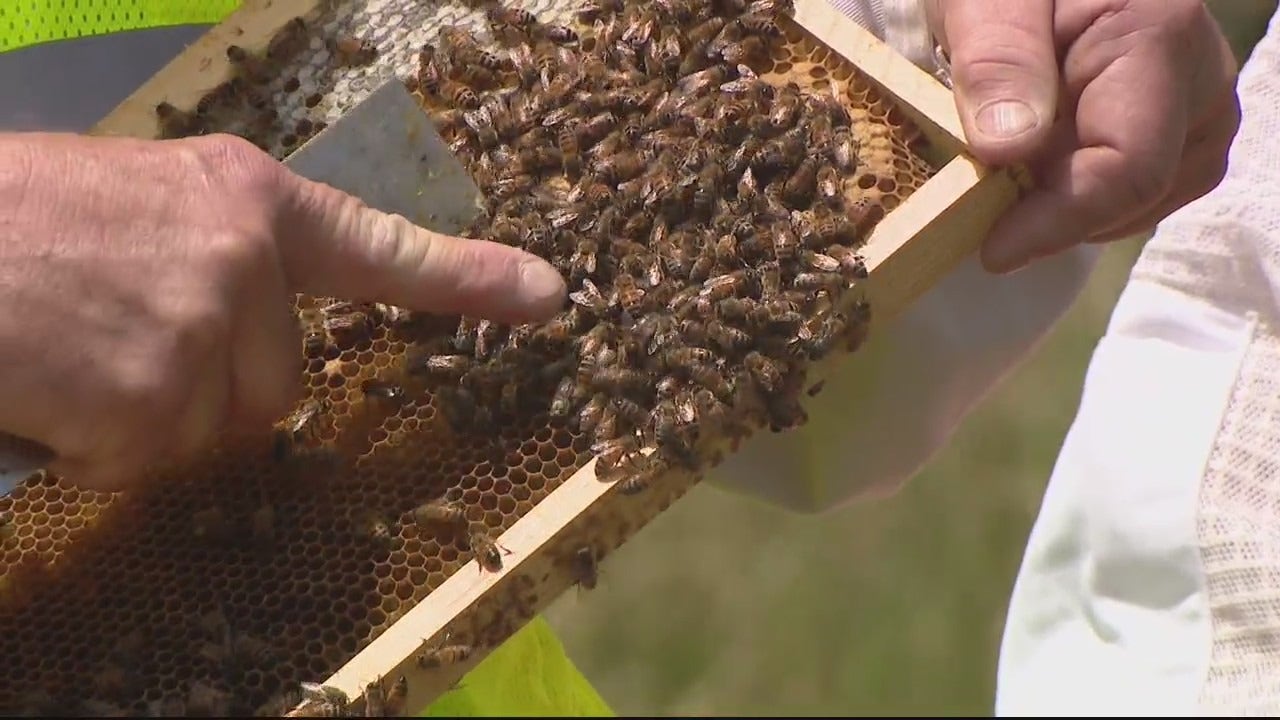 Bees and butterflies contribute to the growth of more than a thousand different types of food, while remaining among the most endangered species on the planet. Here are some of the efforts underway to help them.

DETROIT – Kristen LeForce likes to think of her fellow pollinators as colleagues. And she has more than a few.

She’s also an expert in pollination and on a mission to help their vital populations bounce back.

It’s a mission that everyone would benefit from, she said.

“All the things that are really delicious to eat like chocolate, cherries and most fruits are all pollinated by bees or butterflies, so they are very important to us as well as the environment,” LeForce said.

Almonds, apples, bananas, blue berries, peaches, pears, and even coffee all need pollinators to help them thrive. Studies show that they are involved in one in three mouthfuls of the food we take. They are also known to be part of over a thousand different foods that we grow and consume.

But the world of bees and butterflies and the essential role they play in our ecosystems are in trouble.

Experts noted that since 2006, honey bee colonies have declined. According to the US Department of Agriculture, the abnormal state of colony collapse syndrome, where most worker bees disappear, leaving only a queen, abundant food, and a few nurse bees contributed to their downfall. number.

Studies show that it is a mixture of factors that cause CCD.

“It’s a mixture of pesticides, also of pests like mites that they can catch, and also of climate change. Not just honey bees, but also our native bees,” said Melissa Bobowski, a beekeeper with Bees in the D. “Without the bumblebees we would be wiping out – I think there are over a thousand different foods that we need pollination for.”

Bobowski says there are a few things people can do to prevent further calamity to the bugs.

“Reduce your use of pesticides in your gardens. Also for your climate change – anything you can do to combat climate change,” she said.

Companies like DTE have also invested heavily to see their populations rebound. At its Detroit solar farm, the utility is taking advantage of available land to help bees thrive.

“We have planted pollinator plants and seed mixes under our solar panels here at O’Shae Park and so something you can do is emulate that in your garden. You can plant native flowers and herbs that are good for the pollination they can eat, caterpillars can do a lot of things, so you can do it in your own backyard, ”LeForce said.

Providing nectar resources for bees and other pollinators is essential for them to thrive, she said.

And they’re not even that dangerous.

“Bees in particular aren’t really scary, they’re quite docile. They don’t want to bother you if you don’t bother them. So if you give them their space, make sure they don’t feel threatened, and you can coexist with them in your garden, ”said LeForce.