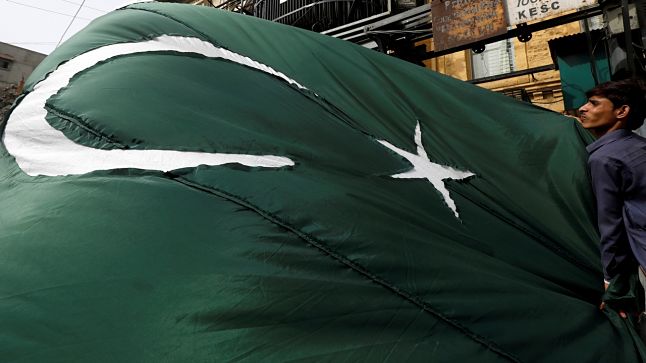 The FATF is an intergovernmental body created in 1989 to combat money laundering, terrorist financing and other related threats to the integrity of the international financial system.

Islamabad: Pakistan could remain on the FATF’s “gray list” until the global money laundering and terrorist financing watchdog meets for its next session in April 2022, according to a press report on Tuesday. .

The Paris-based Financial Action Task Force (FATF) will be in session for three days from October 19-21 and Tuesday’s session is expected to be informed that Pakistan has still not met the FATF criterion , according to a report published in International news brought back from the French capital.

The report, citing sources in the German press house Deutsche Welle, said the global body’s decision to remove Pakistan from the “gray list” could be taken at the next session scheduled for April 2022. In June, the FATF kept Pakistan on its “gray list” for failing to control money laundering, leading to the financing of terrorism, and called on Islamabad to investigate and prosecute senior leaders and commanders of UN-designated terrorist groups, including Hafiz Saeed and Masood Azhar.

He also called on Pakistan to work to fill its strategic gaps.

Virtually connected delegates will join those able to travel to Paris for three days of meetings, during which they will discuss key issues to strengthen global action against the financial flows that fuel crime and terrorism, the FATF said in a statement. press release Monday.

The FATF said it would finalize key reports, including revised guidelines on virtual assets and their service providers, and discuss next steps to strengthen its standards on beneficial ownership transparency. Delegates will also discuss the results of the FATF survey to identify areas where divergent anti-money laundering and terrorist financing rules or their implementation are causing friction for cross-border payments. The FATF is leading work on this aspect of the G20 priority to improve cross-border payments, he said.

The FATF, which will announce the results of the plenary on October 21, will also update its statements identifying jurisdictions with strategic gaps in their anti-money laundering and terrorist financing measures.

Pakistan was graylisted by the FATF in June 2018 and received an action plan to complete it by October 2019. Since then, the country continues to be on this list due to its non- respect for FATF mandates.

With Pakistan remaining on the gray list, it is becoming increasingly difficult for the country to obtain financial assistance from the International Monetary Fund (IMF), the World Bank, the Asian Development Bank (ADB) and the the European Union, thus exacerbating the country’s problems. .

Pakistan has so far avoided being on the blacklist with help from China, Turkey and Malaysia.

The FATF is an intergovernmental body created in 1989 to combat money laundering, terrorist financing and other related threats to the integrity of the international financial system.

The FATF currently has 39 members including two regional organizations: the European Commission and the Gulf Cooperation Council. India is a member of the FATF consultations and its Asia-Pacific group.