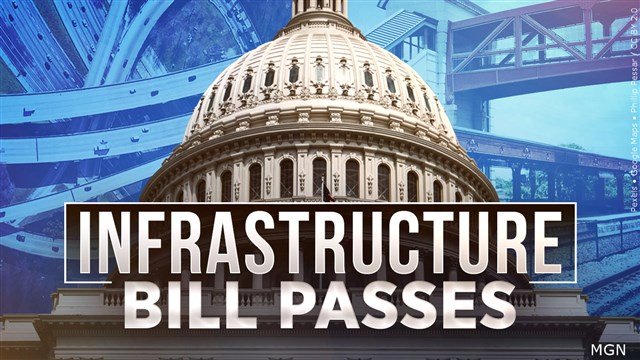 “We are proving that America can afford what our families need. This is an unprecedented investment, and I am proud to have drafted several key provisions included in this legislation to help Oregon improve our transit systems, make our streets safer, remove the lead pipes of our schools, to protect us from forest fires, and to expand broadband access, while making polluters pay to clean up their toxic legacy. We still have work ahead of us to complement this legislation with a seismic investment in human infrastructure, but we have shown today that America can afford what it needs and that we can do it. “

Specific provisions guaranteed by Blumenauer in the Infrastructure Investment and Jobs Act:

The Infrastructure Investment and Jobs Act is expected to allocate more than $ 1.6 billion in investment to Oregon as follows:

Washington DC –U.S. Senator Ron Wyden, D-Ore., Today welcomed the House’s passage of bipartisan infrastructure legislation, which includes critical priorities for Oregon and the West. The bill now goes to the president’s office to be signed into law.

“I’ve been saying for a long time, you can’t have a big league economy with a little league infrastructure. And today Oregon and the American West will finally get the big investments needed to deal with catastrophic wildfires. and severe drought, rebuilding hard – hitting rural economies, improving access to public transport and making sure clean water is a right for everyone, “Wyden said.” And although we can Now putting people to work to build a more resilient and stronger Oregon, my job is not done to meet the equally important priorities of the Build Back Better program ”.

Biparty infrastructure legislation passed by the House and Senate will create millions of well-paying jobs to rebuild and strengthen our country’s crumbling infrastructure, including our roads, bridges and airports, tackle the climate crisis by expanding access to public transport and electric vehicles, ensuring that clean drinking water is available for every community and making our infrastructure more resilient to extreme weather events caused by the climate emergency.