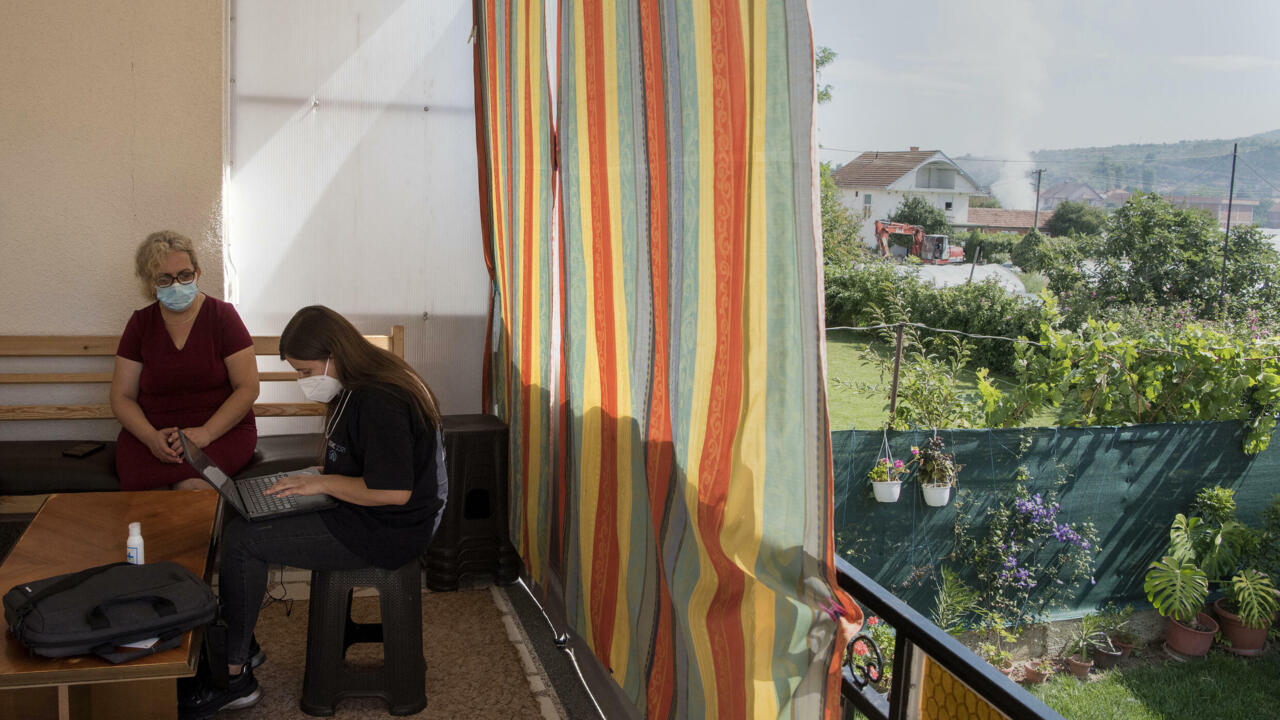 Since the beginning of September, Ilina Dimitrijevska has traveled endless kilometers every day, going door to door asking people to participate in North Macedonia’s first census in almost two decades.

Its task may be quite simple, but the census remains very sensitive due to the potential impact on minorities in the country.

In this small Balkan country – which gained independence in 1991 following the break-up of the former Yugoslavia and bordered on civil war in 2001 – the long-delayed census is far from being a simple statistical operation.

Special rights such as the language used in official correspondence between the state and a citizen or ethnic quotas for public administration jobs depend on official proof that a minority represents at least 20 percent of the population.

Out of a population of around two million, 64 percent were Macedonian and 25 percent ethnic Albanian, according to the latest census.

Turks, Roma, Serbs and other minorities made up the remainder.

In the municipality of Ilinden, near the capital Skopje, where Dimitrijevska hammers the sidewalks, the majority of the population is Macedonian.

After verifying the identity of the people, the young woman questions them and moves on to the next household.

“It’s going very well here, no census taker has been refused” by the inhabitants, she told AFP.

“There were a few homes where we had to return several times, but now everything is done. “

The census in the candidate country for the European Union is supposed to take place every 10 years.

The last, however, took place in 2002, just a year after an armed conflict between ethnic Albanian rebels and government forces that ended only thanks to the intervention of the international community.

A peace agreement granted more rights to the ethnic Albanian minority who had complained of discrimination and limited opportunities and representation.

The census scheduled for 2011 has been the victim of political conflict and mistrust, with both sides claiming the other will manipulate the outcome.

Since the last census, the population is said to have declined by around 1.6 million to 1.7 million due to mass emigration, experts say, fueling fears that lower numbers put rights at risk.

“If this census is not successful, there is no chance that people will open their doors the next time,” Xhelal Jakupi, of a census commission in Saraj, told AFP.

In the rural area, near Skopje and mainly populated by ethnic Albanians, the process is going well so far.

“We registered our family and everything went well. I think it will be the same for other people,” Vjollca Mustafa told AFP.

The middle-aged woman greeted the enumerators, dressed in dark T-shirts emblazoned on the back with the word “Census” in the six major languages ​​spoken in the country.

She then answered census questions such as place of birth, ethnicity and religion, mother tongue, language used in the household, level of education or income.

A week before the census ended on September 30, around 1.3 million people registered, according to official figures.

But in a resumption of the previous aborted count, some accused the government of Social Democratic Prime Minister Zoran Zaev of intending to falsify the results.

Left-wing opposition party Levica called for a boycott, arguing that the census methodology was unfavorable to Macedonians.

Its leader and deputy Dimitar Apasiev said, without further details, that around 200,000 people had refused to participate.

The main ethnic Albanian party DUI, a junior partner in the ruling coalition, threatened not to recognize the results if its community did not reach the all-important 20 percent threshold.

In an attempt to reassure the ethnic Albanian minority, Zaev earlier this week reiterated his pledge that the established rights of the ethnic groups “would remain absolutely the same” regardless of the outcome.

The main objective of the operation is to enable the planning of economic, social and other key policies, he said.

Small political parties believed such rhetoric could raise their ratings, he said.

Ethnic Turks also warn that if their numbers are less than seven percent, they will not recognize the results.

In addition to the tensions around the census, some Bulgarian politicians claim that 130,000 people who also hold Bulgarian passports are urged by North Macedonia not to register as ethnic Bulgarians.

In the last census, the former Yugoslav Republic had less than 1,500 ethnic Bulgarians.