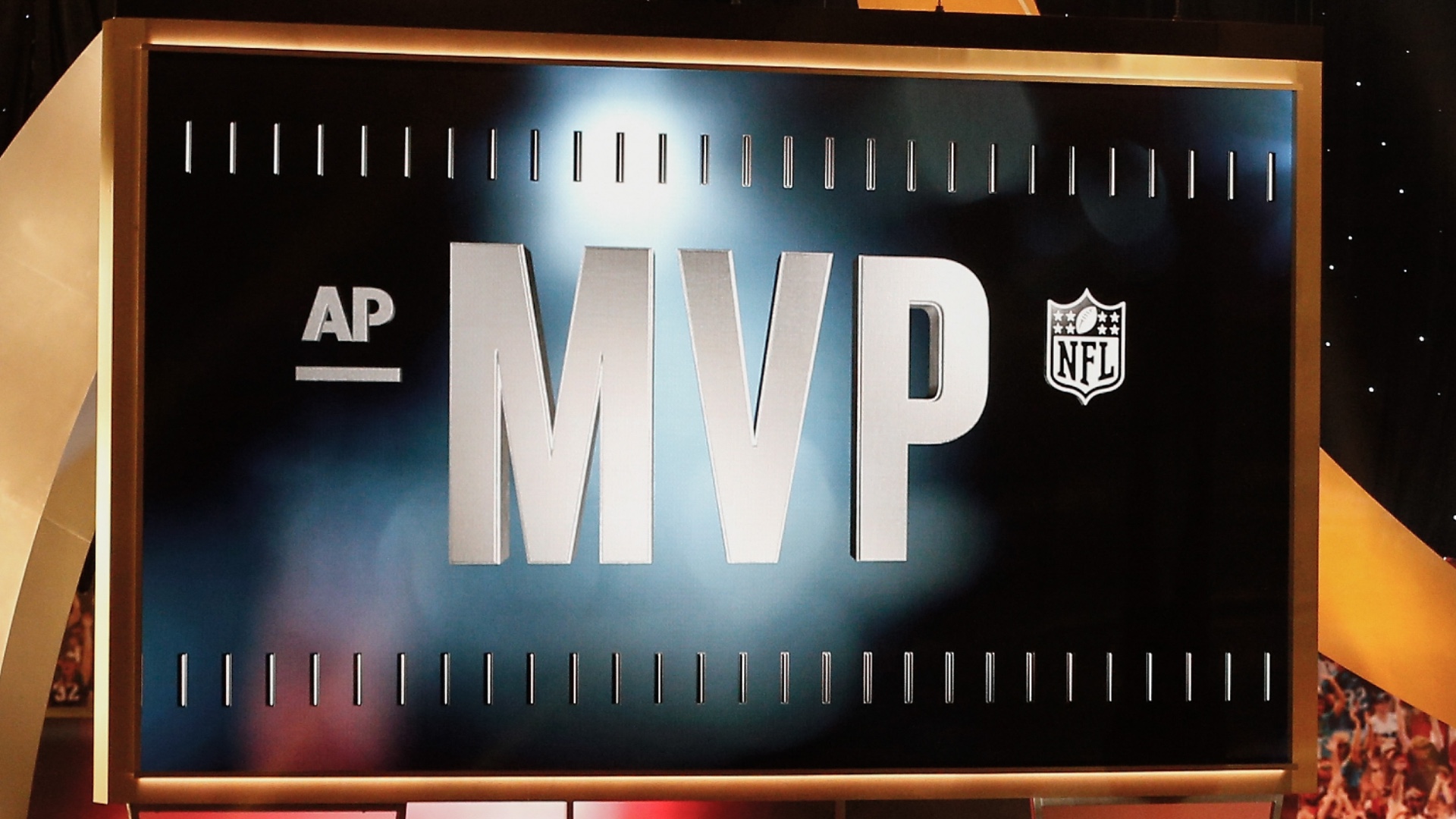 The 2021 NFL MVP will be announced on Saturday, February 12, one day before Super Bowl 56.

More often than not, a quarterback wins the MVP title. And, in 2021, it looks like it will likely be the case again as Packers quarterback Aaron Rodgers and Buccaneers quarterback Tom Brady lead the way. Both players have already won the MVP. Of the 65 winners in history, 44 were quarterbacks. Another quarterback hasn’t won the title since 2012 when running back Adrian Peterson won.

Here’s where active players rank based on the number of MVP titles they’ve won, as well as players who’ve won back-to-back MVP titles.

Who has won the most NFL MVPs in history?

Here is a list of most NFL MVPs, including all players who have won more than one MVP title.

In NFL history, there have only been five consecutive winners for the NFL MVP title. Former Packers quarterback Brett Favre is the only player to win the MVP title three times in a row.

Here are which players have won the title in consecutive years.

Who votes for the NFL MVP?

Each year, the Associated Press chooses 50 voters. Typically, these voters work in the NFL media or pay special attention to football.

The 50 chosen people voted after week 18 in mid-January. They rank players in a points system, and the player who earns the most points wins the NFL MVP that year.

Only two players in history have ever won unanimously: Tom Brady in 2010 and Lamar Jackson in 2019.

Rodgers tops the 2021 NFL MVP ratings at +150, and if he wins the title for the second year in a row, he would be the fifth player in history to do so. It would also be the sixth time that a consecutive victory has taken place.

Who won the NFL MVP and the Super Bowl MVP in the same year?

Only six players won the NFL MVP and Super Bowl MVP in the same season, the last time being Kurt Warner in 1999 as well.

Here’s a look at which players who won the NFL MVP appeared in the Super Bowl in the same season.