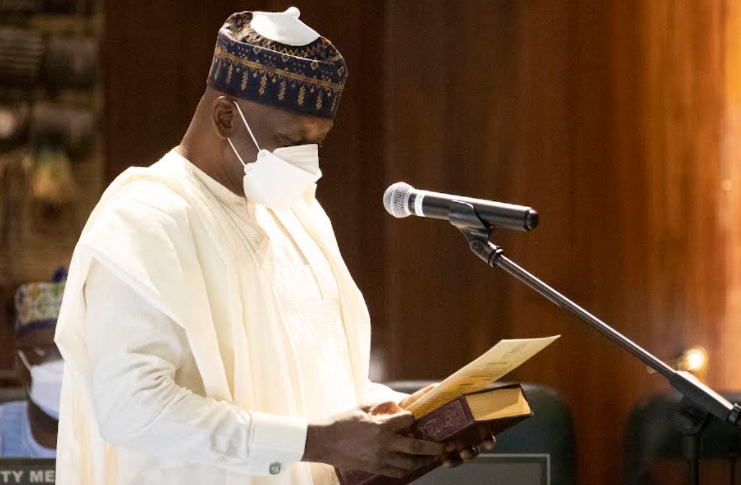 President Buhari eventually appointed Mu’azu Sambo as Minister of State, Works and Housing after his confirmation by the Nigerian Senate. In this new role, the new minister is expected to work with Babatunde Fashola to fulfill the primary mandate and in accordance with the priorities of President Muhammadu Buhari.

Buhari’s key priorities are the provision of infrastructure in terms of roads, housing and other projects under the Federal Ministry of Public Works and Housing.

For Mu’azu Sambo, who is an experienced engineer and who has held various positions in the past including that of Area Manager in Nigerian Waterways in Lagos. The new minister is also expected to bring his expertise to close the infrastructure gap in the country.

For anyone, such confidence has been placed in him as Minister of the Federal Republic of Nigeria and rested confidence is the best gift President Buhari has given to Mu’azu Sambo. The president was content with the least expected person to replace the sacked minister of power, Saleh Mamman.

The arrival of Mu’azu will further strengthen his political profile being little known in the political space of the State of Taraba. Many people in Nigeria, especially her constituency, have high expectations of her new role in addressing the challenges of the many abandoned road projects that cross Taraba and Adamawa states, to mention only the Numan-Jalingo road.

The ongoing road project involving the Numan-Jalingo road is a key infrastructure gap. The inhabitants of Adamawa and Taraba have been abandoned to their fate by the entrepreneur who manages the project.

Last year, in August, residents of Taraba took to the streets of Jalingo to ask the president to intervene in the circumstances which led to the abandonment of the construction of the Numan-Jalingo road by the contractor. The public condemnation followed the negligence of the Minister of Public Works and Housing, Babatunde Fashola.

The Numan-Jalingo road contract was awarded to the TWO Nig project. Ltd in 2017 at a cost of 11 billion naira by the Federal Executive Council chaired by President Muhammadu Buhari.

One of the big issues facing Mu’azu Sambo is the accusation by the federal government of awarding a new contract on the Bali-Serti road to Taraba which the Taraba government says has been completed. Said new Bali-Serti road contract was named in the approval of the Federal Executive Council on the 21 road projects of the Nigerian National Petroleum Corporation deploying its tax obligations for the construction of roads across the country.

The federal government and the administration headed by Darius Ishaku in Taraba are at odds with each other. The new Bali-Serti road contract has raised eyebrows at Ishaku’s claims that the project has been completed again.

A big question is how can Mu’azu Sambo confront the contractor in charge of the Numan-Jalingo road project when people have already linked the contractor to the national leader of the CPA, Asiwaju Bola Tinubu? Would the new minister be able to move forward with a stronger minister like Babatunde Fashola as his superior, especially when it comes to issues affecting the delivery of road contracts in his own constituency?

Of course, Mu’azu Sambo is expected to engage his prime minister in shipping numerous road projects across the country to meet the expectations of the Nigerian people under President Buhari.

Until Mu’azu Sambo takes a bold step to meet the challenge of many abandoned contracts like the construction of the Numan-Jalingo road, President Buhari has just left Mu’azu Sambo with a burden of expectations.

Jibrin writes from Asokoro District in Abuja. He can be reached via [email protected]