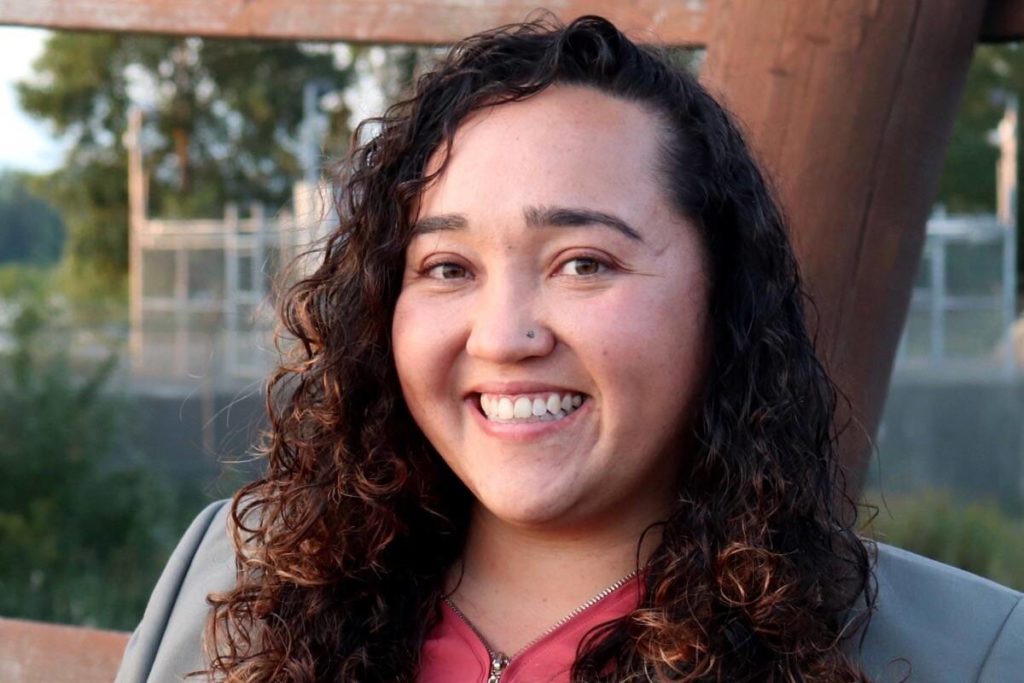 The North Delta Reporter sent the six candidates vying to represent Delta in Parliament five questions submitted by readers to gauge their positions on some of the big issues for voters in the 2021 federal election. Candidates had a limit of 1,250 words in total to answer your questions. Here’s what NDP candidate Monika Dean had to say:

1) Why are you running for Delta MP? Why should voters choose you to be their representative in Parliament?

I didn’t wake up one day thinking I wanted to be a politician. I am already very satisfied with my work with the City of Surrey and my volunteering on the executive board of my union. But when I started to consider becoming a candidate, I was overwhelmed by all the support from my colleagues, other labor activists and especially my father.

Someone asked me what I liked about my union activism, and I responded by saying that it was about making positive changes for workers. They pointed out that since I was already defending union members, why not all of Delta, and why not Canada?

My biggest supporter was my father, who in the 1970s was invited to run for the provincial NDP candidate in Saskatchewan and always regretted not coming forward with his name. My family believes in uplifting everyone around them to make life a little easier for everyone, especially marginalized communities who are often overlooked and in need of support the most.

My family values ​​align with New Democrat values, and if I am chosen to represent you in Parliament, I will fight to make life a little easier for everyone in our community, as I fight for my own colleagues and my family. family: with love and courage.

2) What are your main priorities if you are elected on September 20?

For too long, indigenous peoples have lived with the impact and legacy of colonialism while deprived of their basic human rights. It is time to fully implement the United Nations Declaration on the Rights of Indigenous Peoples and the 94 Calls to Action of the Truth and Reconciliation Commission.

The province of British Columbia has declared the opioid crisis a public health emergency and thousands of Canadians have died over the past year, including neighbors in our community. The stress of the pandemic, forced isolation and disruption of global supply chains have affected tens of thousands of families. With federal support, we must end the criminalization and stigma of addiction so that those in difficulty can get the real help they need.

We still need to do more in terms of responding to the pandemic. I’m proud that Delta has one of the highest vaccination rates in the province, which shows that we care about those in our community who cannot get vaccinated and our exhausted healthcare workers. Across the country, too many lives have been lost and too many businesses have suffered. With targeted support of $ 1 billion to remove remaining barriers for those not vaccinated and a national vaccination passport, the health and safety of Canadians must come first.

3) The main issue raised by readers was the affordability of housing, both for landlords and renters. If elected, what will you / your party do to lower house prices, ensure equitable availability and purchasing opportunities for Canadians, and make rents more affordable and commensurate with average wages and the cost of living? global life?

Canada is going through a national housing crisis and safe shelter is a basic human need. The pandemic has only made matters worse for people who are already struggling to pay their rent and mortgage, not to mention other essentials of daily life. I see older people in Delta struggling to find a safe, accessible and convenient living space as driving becomes more of a burden and I worry that my peers are struggling to take root locally. , many choose to relocate outside of the Lower Mainland, resulting in fewer talented workers remaining in our communities.

The New Democratic Party of Canada will bring immediate relief to families who are struggling to pay their rent now and cannot wait years to find a solution. We will work with other levels of government to create a variety of housing options that will provide something for everyone. We will mobilize federal resources to prioritize the construction of housing, social and non-profit housing co-ops, turning unused and underused properties into vibrant new communities. A New Democrat government will waive the GST / HST on the construction of new affordable rental housing so that quality housing can be built faster and remain affordable over the long term.

For first-time homebuyers, we will be reintroducing 30-year terms for entry-level homes to make mortgage payments more accessible and double the Home Buyer’s Tax Credit. We will go further and offer creative solutions to facilitate cohabitation, such as co-ownership agreement models. An NDP government will also implement a 20 percent foreign purchase tax on homes for people who are not Canadian citizens or permanent residents.

4) The Intergovernmental Panel on Climate Change recently warned that the increase in global temperature is reaching a ‘code red’ for humanity, and an Angus Reid poll found climate change to be the main problem identified by voters in their choice of vote in this election. How do you / your party plan to tackle climate change?

I pursued a bachelor’s degree in environmental science for a reason and chose to work every day to mitigate human impacts on our landscape. Drastic measures must be taken; we have to fight the climate crisis like we want to win. An NDP government will cut emissions by more than half to meet the 1.5 degree target that scientists believe is necessary to avert disaster.

I am hopeful that the priority of our climate response determines how people vote. “What needs to be done can be done – when enough people want it done and decide to do it.” With wildfires and heat domes causing record temperatures in the province, the BC Coroners Service has reported more than 700 deaths in a week. We have experienced what people experience in many other countries: our climate is changing enough to impact all forms of life. This summer alone, with measured ocean temperatures exceeding 50 ° C, we have witnessed a tremendous disappearance of ocean life. The ocean is a major sink for carbon dioxide (around 30%), and the changes will impact dissolved oxygen content, acidification, and contribute to sea level rise and melting. ice caps, which will impact all life forms.

I am very passionate about it. An elected NDP government would set a goal of reducing Canada’s emissions by at least 50% from 2005 levels by 2030, because we know that reaching net zero by 2050 means acting immediately . Like planting a tree, the best time was 20 years ago, but the second best time is now. We would create and fund a climate accountability office to provide independent oversight of federal climate progress, engage the public, and make other recommendations.

We will maintain carbon pricing, but make it fairer and close the loopholes the previous government left for big polluters. Under an NDP government, public money spent on oil and gas subsidies will be spent to support renewable alternatives and clean technologies. We pledged $ 500 million in funding to support Indigenous-led stewardship programs to advance reconciliation and protect land, water and forests, including old growth forests, with a goal of 30% of ecosystems protected by 2030.

5) Do you support the Roberts Bank Terminal 2 expansion project? Why why not?

T2 would cost over $ 2 billion, while other private company options are cheaper and have less impact on the environment. Whatever the cost, with this port expansion comes a level of automation that puts well-paying, family-friendly jobs at risk – about 9,200 jobs in marine terminals across the province. Many of these workers live here, work here, and pay taxes here. There are of course also environmental concerns. What are the impacts? What are the remediation efforts? We need to balance all of these interests, and for that we need increased stakeholder engagement and creative solutions. I need to see real benefits for Delta and insurance for long term family support jobs to support any port expansion.