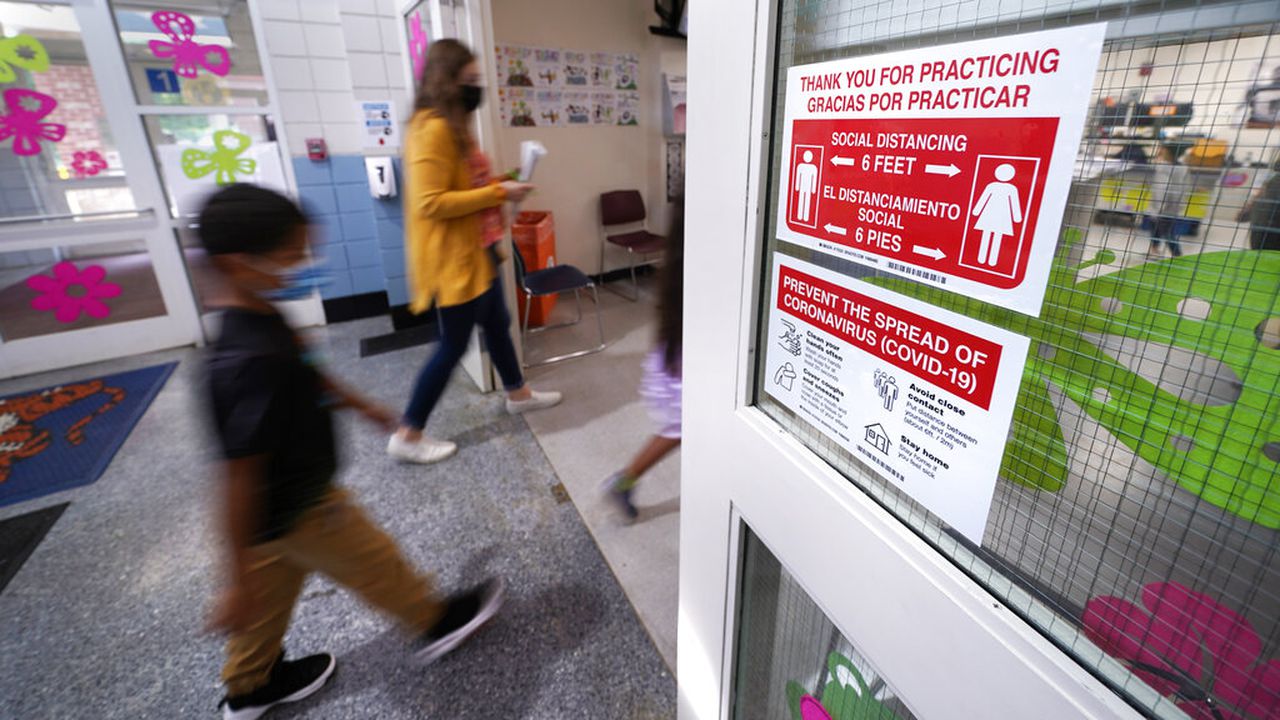 Massive government assistance adopted in response to the COVID-19 pandemic lifted millions of Americans out of poverty last year, even as the official poverty rate rose slightly, the Census Bureau reported on Tuesday.

The official measure of poverty increased by 1 percentage point in 2020, with 11.4% of Americans living in poverty, or more than 37 million people. This was the first increase in poverty after five consecutive annual declines.

But the Census Bureau’s supplemental poverty measure, which takes into account government benefit programs and stimulus payments, showed that the share of people living in poverty fell significantly after accounting for aid. .

The additional poverty measure was 2.6 percentage points lower than its pre-pandemic level in 2019. Stimulus payments lifted 11.7 million people out of poverty, while the increase unemployment benefits prevented 5.5 million people from falling into poverty. Social security continued to be the most effective national anti-poverty program.

“This really highlights the importance of our social safety net,” said Liana Fox, head of the Census’s poverty statistics bureau.

“The main takeaway from this report is the extremely powerful impact of the government’s response on tackling poverty and middle class incomes in 2020,” spokeswoman Emilie Simons said. “It’s not enough to temporarily lift people out of poverty, we need to provide opportunities for working Americans and their families to stay there.”

Census reports released Tuesday cover income, poverty, and health insurance, and are an annual review of the economic condition of average Americans. They are based on in-depth surveys and analyzes.

In last year’s epic economic collapse, employers cut 22.4 million jobs in March and April, the biggest drop since the record began in the 1940s. Unemployment topped 6 million in a single week in April, by far the highest on record. Since then, the economy has recouped three-quarters of those lost jobs, but the United States still has 5.3 million fewer jobs than before the pandemic.

A basic indicator of the economic health of the middle class registered the shock.

Median – or median – household income fell 2.9% to $ 67,521 in 2020. The median is a dividing line, with half of U.S. households having lower incomes and the other half higher. This was the first statistically significant drop in this measure in nearly a decade.

At the root of the erosion, the number of people with labor income fell by about 3 million and the number of full-time, full-year workers contracted by some 13.7 million.

Below these toplines, it was a story of the haves and have-nots.

People who held stable jobs throughout the year saw their economic well-being increase, with their median income rising 6.9% after adjusting for inflation. Those in the lower echelons of the labor market, those in part-time jobs or trying to stay afloat in the gig economy, lost ground as median incomes fell 1.2% for the all workers.

Despite widespread concerns that the pandemic will leave millions more Americans uninsured, health coverage has been maintained in 2020, according to the census. Over 91% of Americans had insurance, but 28 million were uninsured.

But Larry Levitt of the non-partisan Kaiser Family Foundation said the numbers revealed glaring exceptions. For example, 38% of poor working-age adults in the dozen states that did not extend Medicaid were uninsured. Biden’s budget bill would provide a workaround.

“It would be hard to find a group that struggles more for access to affordable health care,” Levitt said.

Congress passed five bipartisan bills on the COVID-19 response last year, totaling nearly $ 3.5 trillion and enacted by then President Donald Trump. This year, Democrats pushed through Biden’s nearly $ 1.9 trillion US bailout on party line votes. Its effects are not reflected in census reports.

While some of last year’s federal aid was delayed for reasons ranging from cost disputes to distribution issues, overall it protected families from an economic disaster that would have aggravated the public health crisis. Some have been left out, such as people not legally allowed to be in the country.

As Americans argued over measures such as wearing masks and shutting down businesses and community life, lawmakers on both sides were motivated to take dramatic action, said economist Bruce Meyer, an expert on the ‘University of Chicago on Poverty.

“You had Democrats who were very focused on helping those who were unemployed and in distress, and you had Republicans who were willing to do a lot of things to help get their president reelected, so there was a confluence of incentives, or desires, on the part of politicians on both sides, ”he said.

On a historical note, census reports documented that government aid was much more effective in preventing poverty last year than in the aftermath of the Great Recession of 2008-2009, a decade earlier. Even after accounting for government programs, the supplementary poverty measure increased in 2010, while it fell sharply in 2020. This reflects how much more financial juice was provided by Congress and the Trump administration in 2020. , compared to President Barack Obama’s envelope of approximately $ 900 billion. in 2009.

“For people who have a cynical opinion that nothing the government does is working effectively, especially on the poverty front, it will be more difficult to hold that opinion,” said Greenstein, who founded the Center on Budget and Policy Priorities, a non-profit organization that advocates for low-income people.

Among other provisions, the Biden plan extends tax credits to families with children, which is seen as a strategy to reduce child poverty and its long-term consequences. Census reports for 2020 showed that child poverty would have increased without the impact of government benefits. Instead, he declined.