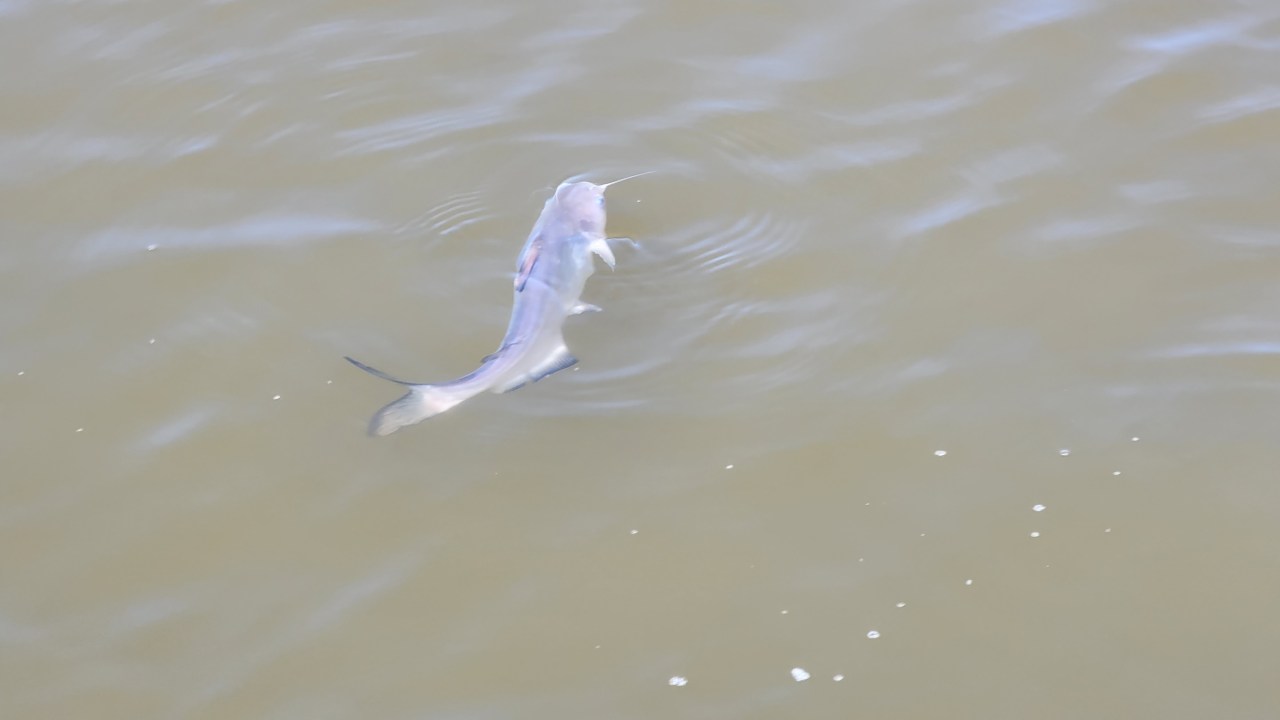 RICHMOND, Va. (WRIC) – Many anglers on the James River are targeting blue catfish. But is the blue catfish population growing uncontrollably? Some believe it.

The Virginia Department of Wildlife Resources (VDWR) introduced the blue catfish to the tidal waters of Virginia in the 1970s. The purpose behind this was to develop recreational fishing, specifically trophy fishing. But now the blue catfish has become a prominent predator in Virginia waters.

Margi Whitmore, tidal river fisheries biologist at VDWR, said the department has been studying the blue catfish population for years.

Whitmore said some trophy anglers said it was more difficult to catch trophy-sized fish and that was in part due to the increasing abundance and density of the fish- blue cat.

As the blue catfish population continues to increase, this will impact native species, explained Whitemore. She said the VDWR doesn’t have a great idea of ​​what that impact is.

However, life science professors at the Rice River Centers at Virginia Commonwealth University have been researching the subject for 20 years.

“It’s a sport fishery as well as a commercial fishery,” said Will Shuart, a research professor. “So there are different questions we can ask ourselves. How many trophy-sized fish are there in this section of the river? “

Counting blue catfish is done in a very scientific way. VCU uses sonar in the water to scan the boat 100 meters, then a drone overhead.

“I have developed artificial intelligence algorithms to count all the fish on the surface of the water. So we can see how many are coming and what their size is. And we can do that based on the 20-30 years of data we’ve collected. Looking at the length and weight of the blue catfish in the James River, ”explained Shuart.

“Don’t Throw the Shell:” How Does Oyster Recycling Help the Chesapeake Bay?

To be counted, the catfish must rise to the surface. This is where some recreational and commercial fishermen have a gripe. The process is called electrofishing.

The electrofishing license is only granted to a few commercial fishermen and one of them is George Trice, who also has done extensive research on the technique.

“Well, that tickles the fish just enough where they want to come to the surface and swim for one to two, three minutes or less, then you don’t hurt anything that you don’t take, and then they come back down.” It’s a no-bycatch fishery, ”said Trice.

There are strict rules that Trice must follow described by the special permit.

Trice said they only fish Monday through Friday and don’t try to get the trophy fish. What they are looking for are the three to eight pounds and the smallest catfish.

“We can’t catch anything above 25 inches, so we kind of stay below 24 and all, so there’s no question,” Trice explained.

VCU Rice River Centers and Virginia DWR will continue to research the blue catfish population. But make no mistake, there is still plenty of catfish out there for recreational and commercial anglers.