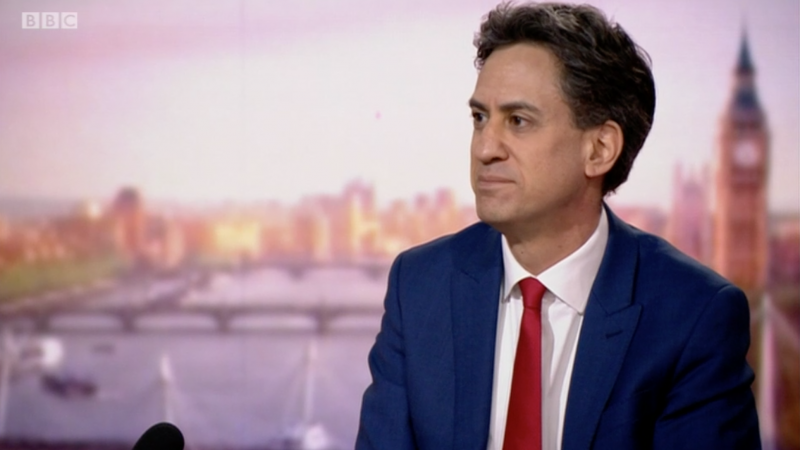 Ed Miliband of Labor suggested that a “fundamental look” is needed on the energy sector and said he sees a “role for public ownership in relation to the energy system” in the UK.

On BBC Radio 4 Today Program this morning, the Shadow Business, Energy and Industrial Strategy Secretary warned listeners that the UK energy industry has left the UK “exposed and vulnerable as a country”.

“The best way to energy security, energy sovereignty for our country is to go further and faster on the zero carbon agenda,” said Miliband.

When told that a lot of people think that the current energy crisis shows that the country should go back to a nationalized energy system, he replied: and that is what we are going to do.

“But I think we have to get it right. And I think what happened is that we started with a very liberalized system. As you say, we’ve introduced, if you will, market constraints, including price caps – we need a fundamental review of that market and there is a role for ownership, yes. “

This morning’s interview followed an appearance by Keir Starmer on The Andrew Marr Show last month at a Labor conference, where the leader told viewers the party would not nationalize the six big energy companies.

Miliband’s comments on the energy crisis precede a speech he will deliver to the Green Alliance this afternoon. He will say that Boris Johnson must “get off his deck chair” and “be a statesman” before the COP26 climate summit.

Do you appreciate our free and unique service?

LabourList has more readers than ever – but we need your support. Our dedicated coverage of Labor politicians and personalities, internal debates, selections and elections relies on donations from our readers.