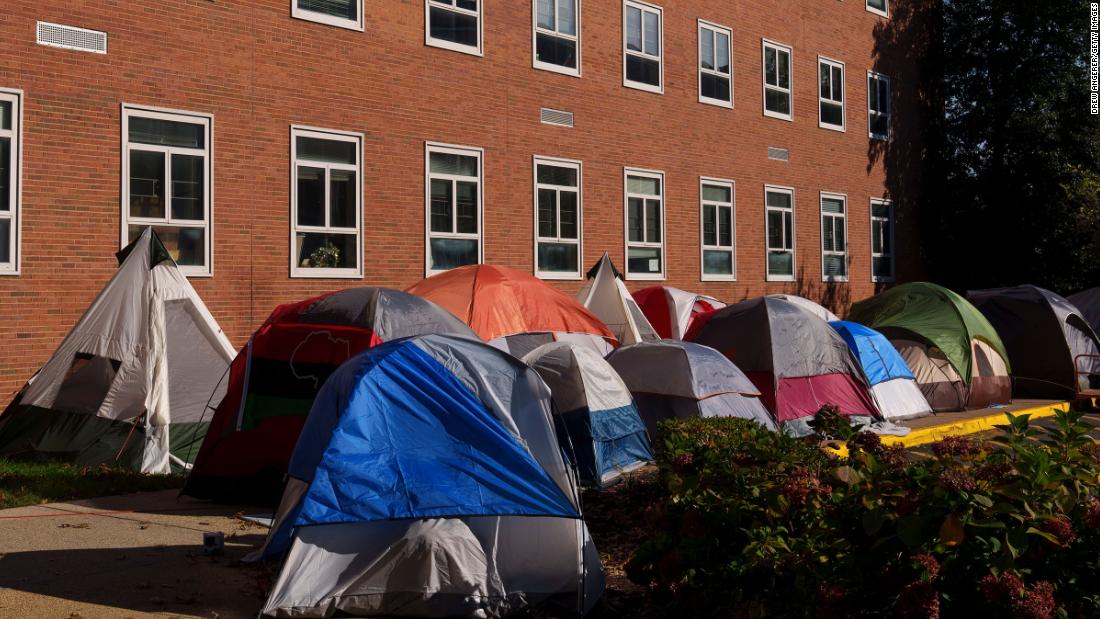 Wayne Frederick, president of the historically black university in Washington, DC, said Monday afternoon that the deal between the school and students who occupied Blackburn University Center due to poor housing issues was a “step forward.” before welcome ”.

In a video message and letter posted to the school’s website, Frederick said that “even one problem in one of our dorms is too much, and we will continue to remain vigilant in our commitment to maintaining safe housing. and upscale “.

Students have been sleeping in tents and air mattresses at the school’s Blackburn Center since October 12 to protest what they say are poor dormitory conditions. Students reported mold, flood, and roach and mouse infestations in buildings. They demanded that the university provide a comprehensive plan to resolve construction issues and be more transparent.

Jasmine Joof, spokesperson for #BlackburnTakeover, said on Monday that the deal effectively ended their protest.

“We got more control, transparency and accountability,” Joof told CNN.

“The health and well-being of our students is the most important part of my job as president,” he said.

The sit-ins gained national attention with leading civil rights activists including Reverend Jesse Jackson, Reverend William Barber II and Martin Luther King III publicly supporting the students. Jackson was on campus earlier this month trying to work things out with the students and the Howard administration.

Student activists and civil rights leaders say the controversy is indicative of a widespread problem with crumbling buildings on century-old HBCU campuses that are often underfunded compared to predominantly white institutions.