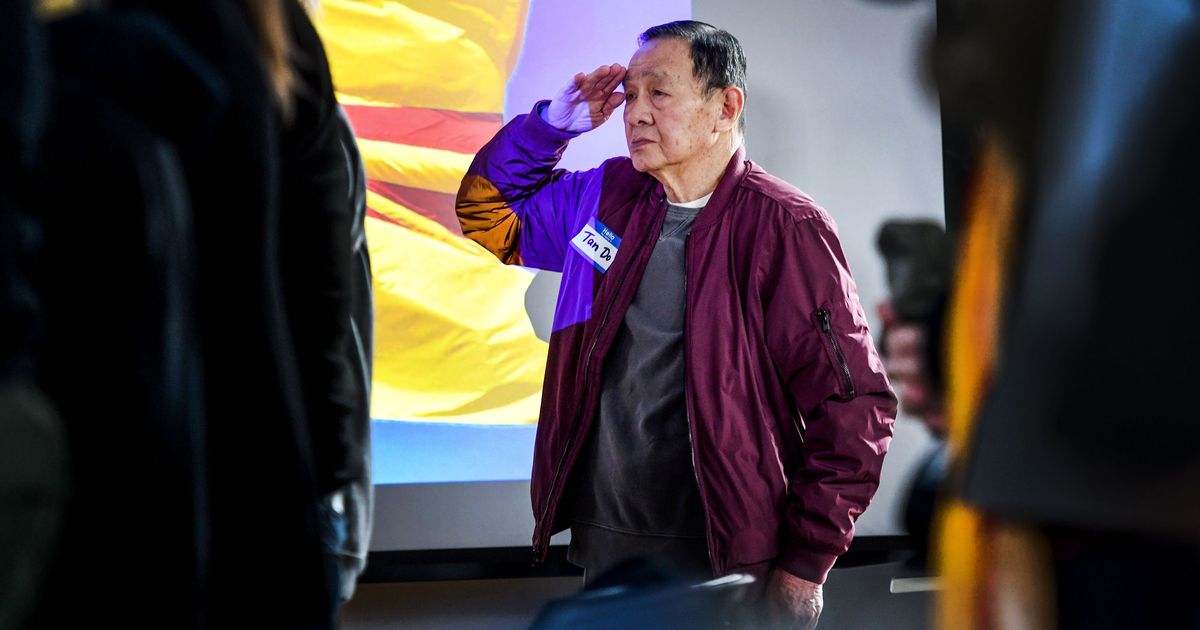 The Vietnamese American Seniors Association of Spokane celebrated its 6th annual Vietnamese Heritage Day on Sunday, honoring those who settled in the country while fleeing China’s Han dynasty.

According to Ngoc Chau, the treasurer of the Vietnamese American Senior Citizens Association, April 10 is the day Vietnamese people honor Founding Fathers’ Day.

Mary Nguyen was one of the main organizers of the event in Spokane which was held at the Shadle Park Library with over 100 people in attendance.

“Without our seniors, I couldn’t participate in this event,” Nguyen said. “They helped us with the food, the preparation and were really very energetic. They came and helped with as many things as they could.

From perfecting sticky rice dumplings from muscle memory to becoming fluent in English and Vietnamese, elders are both the backbone of Vietnamese society and a bridge to the homeland. .

They carry and cherish memories of what Vietnam was like before the communist regime took power in the 1960s and 1970s and upended lives during the Vietnam War. Veterans were honored with yellow tulips, the color associated with royalty in Vietnam.

Among those honored was Tan Do, a Green Beret in the Republic of Vietnam Army during the Vietnam War. Do participated in community service under his two-star general, Pham Van Phu, who committed suicide during the fall of Saigon along with four other generals to avoid capture.

After the fall of Saigon, Do was captured and served an eight-year prison term for his service in the Vietnam War. He was released in 1991 and came to America as a refugee. Do called the relationship between Vietnamese and American veterans a “close bond.”

Do recognized the moment as a way to thank everyone who participated in the war, including citizens who defended their country’s freedom. The Vietnamese and American national anthems were played.

“It serves to remind everyone, not just the Vietnamese military, but all Vietnamese, because we must remember all the ancestors and the entities they built to make Vietnam,” he said. -he declares. “We have to respect everyone equally and how they gave to their country.”

Cathcart now focuses on building an “intergenerational legacy,” a particular, hybrid space where her American and Vietnamese cultures are recognized, respected, and coexist. She described the experience of the first generation as an “internal tussle”.

With American culture based on free thought and individualism, Cathcart feels a tension between her American identity and her traditional roles as Vietnamese mother, wife and daughter. As a member of Spokane United We Stand, Cathcart finds other first-generation people of color struggling in this space.

“You have your cultural, heritage side, where your parents are immigrants… but they still have their traditional roots. Then you grew up in a western world, so how do you rectify that? said Catcart. “How do you reconcile cultural heritage with traditional values ​​in a Western world where often this can clash? »

Along with intergenerational heritage, Cathcart hopes her 10-month-old son, Atlas, who is half-white and half-Vietnamese, will understand his biracial identity and cultures. In addition to teaching him Vietnamese and English, events like Vietnamese Heritage Day facilitate Atlas’ Cathcart’s goal of experiencing nuanced cultural events.

“We want to raise him so he’s not ashamed of who he is,” said Cathcart, who married his white partner, Michael, two years ago. “We are raising him to be tolerant of other races by taking him to events like these, but also by attending Black History Month and black trade shows. We just raise him to be aware of the surrounding cultures.

Dance, drum and song performances in honor of Vietnam were broadcast throughout the event, along with explanatory slide shows to help understand Vietnam’s ancient history. Commemorative performances such as a pre-recorded drum dance from the Coeur D’Alene Tribe and the Filipino Bamboo Dance were also featured during the ceremony. VASA also aired patriotic Vietnamese songs, including a live performance of “Afternoon Up in Thuong Village” by Tam Doan & Huong Thuy.

Keynote speakers included Bac Si Mat Xanh, a Navy veteran who served in the Vietnam War, and Spokane Mayor Nadine Woodward, who presented the City of Spokane’s Vietnamese Heritage Day Proclamation, which was formalized on April 2, 2020.

Sunday’s celebration was the first in-person ceremony since 2019. As a teacher and principal in Vietnam, Chau also gave a speech on the country’s history.

“Vietnamese ancestors came from 100 non-Chinese native tribes, called Bach Viet or Bai Yue, who lived south of the Yangtze River in what is now central China,” Chau said. “Chased by the Han Chinese, our ancestors ran south to the Pacific Ocean, to establish Vietnam, a combination of two words, ‘viet’ meaning to pass or cross, and ‘nam’ meaning ‘south’.”

“We would like to be more diverse with the elderly and the young, maybe a Vietnamese business association to help the community, but we don’t have the structures like the Hmong, Chinese and Filipino associations,” she said. . “We are trying to transform the VASA to be a bit more dynamic for the younger kids.”