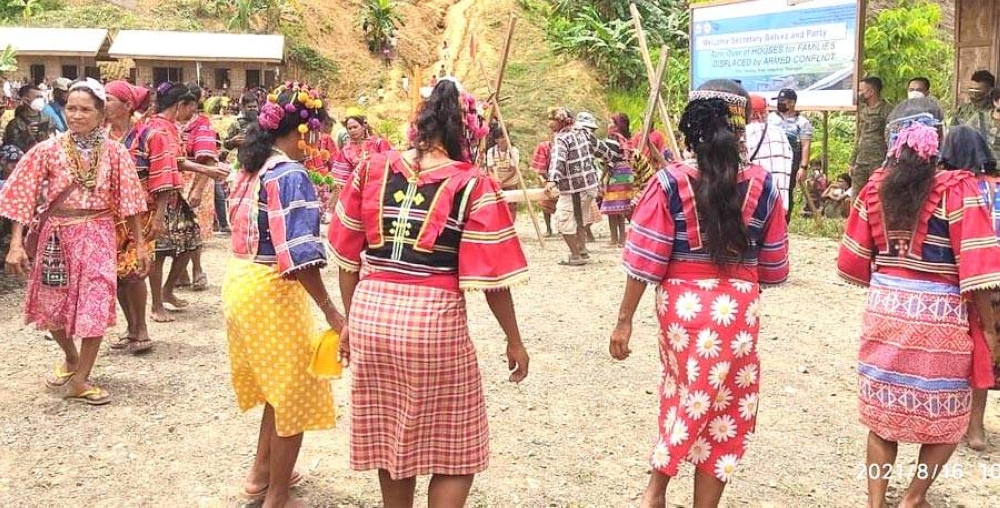 THEIR OWN Indigenous people in Mindanao receive government-built housing for them through the National Housing Authority. CONTRIBUTED PHOTO

CITY OF DAVAO: The government on Friday handed over 168 housing units to indigenous peoples (IP) in the town of Talaingod in Davao del Norte.

The houses worth 200,000 pesos each were built through the National Housing Authority.

In addition to the newly built houses, beneficiaries also received food packages from the Department of Social Welfare and Development and solar transistor radios from the provincial government.

EastMinCom said the housing program is the national government’s support for relocating IP communities to their rightful place after being affected by armed conflict.

Balik-Loob Task Force Chairman Reynaldo Mapagu called on beneficiaries to take care of the houses given to them as a symbol of a united family, saying members of the New People’s Army destroyed families while taking family members to join them.

Lt. Gen. Greg Almerol, chief of EastMinCom, said the command is honored and will always be a reliable partner in community development and nation building in the implementation of national comprehensive development programs. for the population of eastern Mindanao.