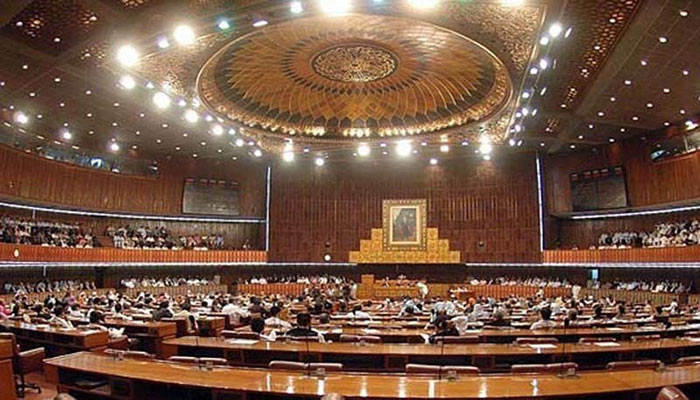 ISLAMABAD: The Senate was informed on Friday that the process of the country’s very first digital census has been launched and that full field operations (face-to-face interviews) will be conducted from August 1 to August 31 of this year.

During Question Time, the House was informed, in response to a question from PTI Senator Zeeshan Khanzada, that field operations will be preceded by a pilot census which will run from May 15 to June 15, 2022. .

State Minister for Parliamentary Affairs Ali Muhammad Khan, responding to a question, said that an amount of 16.884 billion rupees was spent on the national census in 2017. As to formal objections to the exercise, he said Chief Minister Sindh made some observations on March 10, 2017 for the smooth running of the 2017 census field operations. Subsequently, observations were made on the 2017 census results by CM Sindh at the meeting of the CCI held on November 13, 2017 and it was decided to conduct the third part validation of 1pc blocks. At the ICC meeting of November 24, 2017, it was raised to 5 pc of the blocks.

It was explained to the House that the Chief Minister of Sindh had objected to the approval of the final results of the 2017 census during the 45th meeting of the ICC held on April 12, 2021. However, on the recommendation of the Committee of the Cabinet, the results were approved by the ICC with a majority of votes and ordered to start the process for the next census at the earliest, while adopting international best practices and the use of technology.

The government also acknowledged a more than 100 percent increase in the trade deficit in the first quarter of the current fiscal year compared to the corresponding period the previous year, but insisted that imports increased due the intensification of industrial and agricultural activity. However, Senator Mushtaq Ahmad of JI disagreed with this explanation.

In the written response to his question, the Minister of Commerce said: “The trade deficit in the first quarter of the current fiscal year (July-September 2021) amounted to $ 11.75 billion, compared to $ 5 billion. $ 81 billion in the same period of fiscal year 2020-21. , registering an increase of 102.1%. While Pakistan’s exports increased by 27.89% in the first quarter, imports also registered an increase of 66.11% ”.

Responding to another question on behalf of the Ministry of Finance, Ali Muhammad Khan said inflationary pressure is a global phenomenon. Inflation in Iran was recorded at 35.7% (November 21) while it was 21.3% in Turkey. Pakistan is a net importer of food products, especially crude oil, l “edible oil, wheat, sugar and legumes. Therefore, food inflation is not a domestic phenomenon,” said a written response to the question.

The House heard that the government had made difficult decisions to adjust upward overdue gas and electricity prices, market-based exchange rate adjustments, etc., to correct macroeconomic imbalances. . In addition, the government effectively managed the required supply of all essential items by bridging the gap between supply and demand with imports to ensure sufficient food supply in the country to control the escalation. prices. The House will now resume on Monday afternoon.