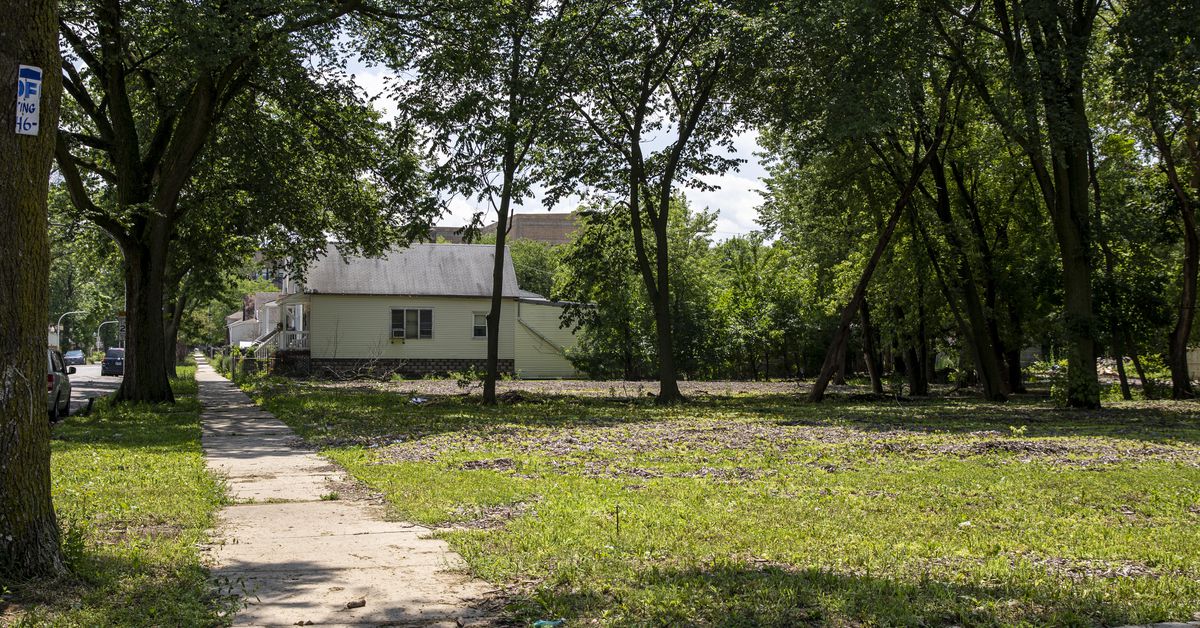 The release of the 2020 census figures last month revealed how Chicago has grown slightly and become more diverse over the past 10 years, but a look at the data at the neighborhood level shows that while some neighborhoods have seen a boom. in the aftermath of the Great Recession, others never did. .

Nowhere is this more evident than in Englewood and West Englewood, where the loss of residents coincides with a decline in the number of housing units during the 2010s.

Between 2010 and 2020, Greater Englewood lost 2,856 housing units – the largest loss of any community area in the city, and a figure that towers over Roseland, in third place, which lost only 494 units.

In total, 14 of the city’s 77 community areas lost housing units, but the losses were concentrated in 10 areas of the South Side, which saw a combined decline of 4,622 housing units. Of the four other community sectors that lost units, one was on the west side, two on the northwest side and one on the north side.

The five community areas with the largest increases, grouped together in the city center, have combined to add 25,182 housing units. These areas were the Near North Side, the Loop, the Near West Side, the West Town, and the Near South Side.

Asiaha Butler, co-founder of the Resident Association of Greater Englewood, said the significant decline in population and housing units was predictable and was the result of government neglect, noting that 16 public schools have closed in Englewood since 2001.

But the housing crisis has also devastated the community.

According to the Institute for Housing Studies at DePaul University, predatory loans resulted in an average of 500 foreclosure filings per year from 2007 to 2012 in Englewood. Englewood was also a destination for buyers straw buyers commit mortgage fraud.

These foreclosed homes deteriorated, and in an effort to combat the scourge, the city began to demolish them, creating blocks with large tracts of vacant land.

“It happened personally in my neighborhood where houses just disappeared,” Butler said. “In particular, it seems there were some aggressive demolitions in 2012. It was like waking up and seeing a new demolition crew every day.”

Then there was the city’s decision in 2013 to sell 105 city-owned lots for $ 1.1 million to Norfolk Southern Railway, which wanted to expand its rail facility at Englewood, although that expansion is still not complete. This sale set in motion Norfolk Southern’s aggressive tactic of buying homes that were not vacant.

“Our local government has played a huge role in destroying the old homes where families have lived since 1948,” Butler said. “These were real houses the owners lived in, and our government had no problem helping to remove these people and for what?”

“This project, which still hasn’t come to fruition, hasn’t brought in jobs, investment or anything else – just destruction,” Butler said.

Norfolk Southern has demolished over 100 homes since the start of its expansion project.

Geoff Smith, executive director of the Institute for Housing Studies at DePaul University, said the reduction in the number of housing units usually manifests itself in one or two ways. This involves the de-conversion of single-family homes or demolitions.

“Englewood and West Englewood, which already had a history of divestment, were among the hardest hit during the housing crisis that led to much of its housing stock going into foreclosure,” Smith said. “It then goes to abandonment, to the deterioration of the building and finally to demolitions. “

Smith does not believe that the decimation of the housing stock and the decline in the population were inevitable. Going forward, he said, a strategy is needed to stabilize the housing stock in Greater Englewood.

The city has made efforts to increase housing in the area in recent years. This includes the new Montclare retirement home in Englewood, 6332 S. Green St., and Hope Manor Village Veterans Housing, 6002 S. Halsted St.

Hope Manor replaced 16 vacant lots, offered by the city, with 12 two-apartment buildings and four three-apartment buildings. Award-winning buildings offer 36 affordable units for families; each is fully furnished. The city also participated in the financing of the project.

Last week, city council also approved the sale of 35 city-owned lots for $ 1 each to Englewood Phase One. The plans call for a five-story building with 56 rental units – 33 one-bedroom units and 23 two-bedroom units. And 40 will be reserved for households earning between 30% and 60% of the region’s median income level, while 14 will receive Section 8 rent assistance.

The Grand Englewood is also one of the areas that Mayor Lori Lightfoot’s Invest South / West initiative aims to help.

The idea behind this effort is “to mobilize the resources of several city departments, community organizations, and business and philanthropic partners to 10 communities on the south and west sides of Chicago,” said Eugenia Orr, spokesperson for the Department of City housing. “As the investment returns to the community with increased resources, the community is expected to prosper and grow. “

The Department of Housing also operates several programs that can help homeowners stay in their homes by help ease the burden of costly repairs. The agency said it is also working to increase neighborhood stability in Greater Englewood through its Micro-market relaunch program, which encourages reinvestment in vacant buildings and supports homeownership, even offering up to $ 15,000 in down payment assistance to eligible buyers, as long as they plan to live in the home.

Butler said it was a good program, but the city should promote it more; a program that is not used is useless.

Just as the local government was instrumental in the divestment of Greater Englewood, said Butler, it must also be involved in the development of the community. But she is skeptical.

Even housing projects that are growing in the community will not bring the change everyone is hoping for, she said.

The most important thing to do in Englewood is to support homeownership by discouraging investors who gobble up vacant buildings but have no intention of moving into the neighborhood.

“We need to increase the number of owner-occupiers here because that’s where the change is going to happen at the block level,” Butler said. “I’m living proof that if you show that you care and transform your home, then other neighbors will be lining up. But someone who owns a building that just collects rent has no interest in seeing that community thrive. 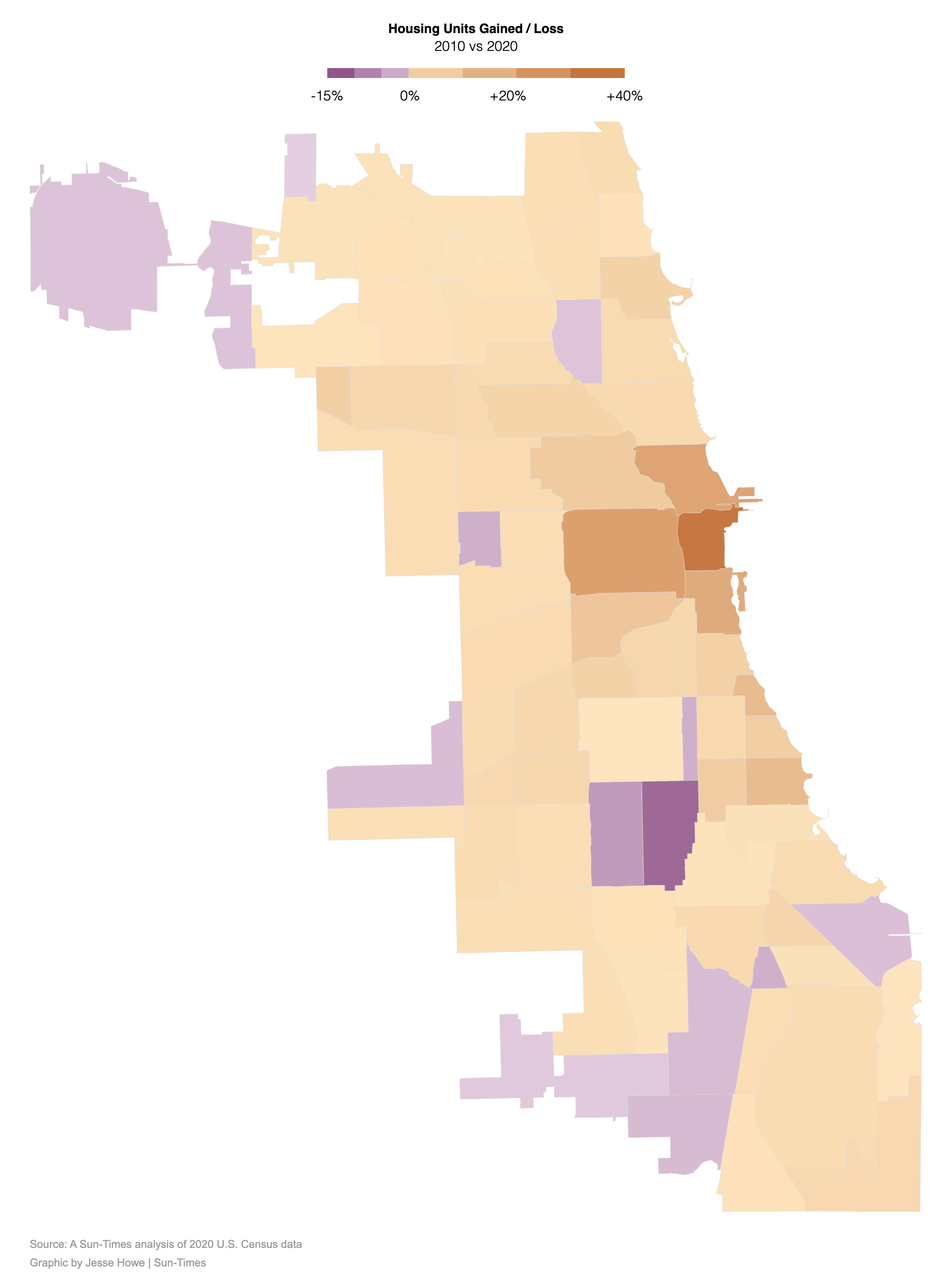