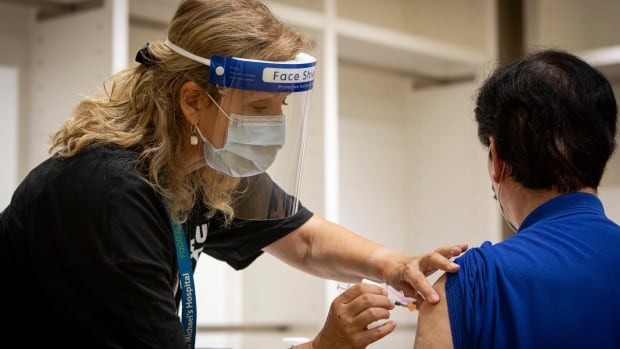 Saskatchewan reported on Sunday that 762 people had received full doses of COVID-19 in the province, surpassing a milestone that means about three in four people eligible for a vaccine have received doses, according to data collected by CBC.

However, people are really considered to be fully vaccinated 14 days after receiving two doses of an mRNA vaccine or one dose of the Janssen vaccine (Johnson & Johnson). On Monday, residents 18 and older will be eligible for a third booster dose of the COVID-19 vaccine.

There were 1,456 new doses reported on Sunday, contributing to the 1,785,376 total doses administered. Of these, more than 936,000 were first doses and just over 849,000 were considered vaccines that would fully immunize the recipient, according to the provincial COVID-19 dashboard.

Depending on the province, another 169,365 third and fourth doses of the vaccine were distributed. Only a fraction of these doses are fourth doses.

There were 78 new cases of the virus, 18 more than the day before. Among them, 31 were not vaccinated and 46 were vaccinated.

The new cases were located in the following health zones:

There was also a new case pending residence information.

The province has not noted any newly identified cases of the Omicron coronavirus variant.

Hospitalizations increased by five to 105 people hospitalized in the province. Among them, 33 are in intensive care.

No additional deaths were reported on Sunday.