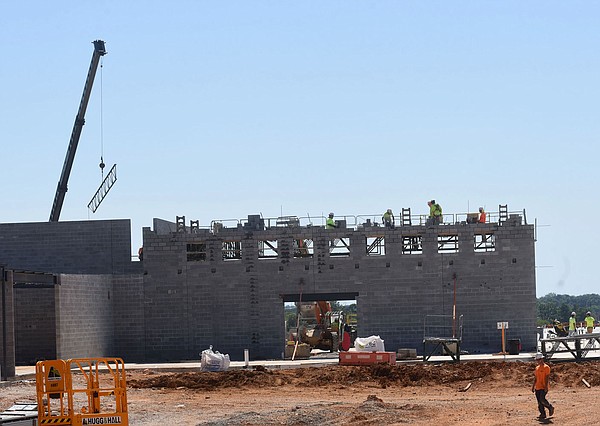 Six school districts in Washington or Benton counties must change the way they elect board members to help protect the voting rights of racial minorities, officials said.

Delayed census figures and the scale of population growth surprised some districts, shortening the time to make changes.

A school district cannot elect all of its board members in a general election if the latest U.S. census shows minorities make up 10% or more of the district’s population, said Commission Director Jeff Hawkins Northwestern Arkansas Regional Planning Agency. Districts must elect most or all of their members from areas of equal population. The intention of the 1993 law is to give minorities a better chance of being represented on the board than they would have in district-wide elections, Hawkins said.

Nine of the 15 school districts in Benton and Washington counties exceeded this threshold in previous U.S. censuses. Six did not. Five of those six were still below the threshold of census estimates released by the state in April. Pea Ridge was the only district to cross the threshold in the April estimates at 10.2%.

The state’s estimate, based on previous estimates from the US Census Bureau, was about 11% on average for those six districts, Hawkins said.

“I don’t think it’s anyone’s fault,” David Kellogg, deputy superintendent of the Prairie Grove School District, said in a telephone interview Friday. The covid pandemic has made it much more difficult for the office to conduct the census, he said, and delayed the results for months.

“We knew we were on the bubble, so our board had already discussed it,” Kellogg said.

The Prairie Grove school board passed its resolution to go to a seven-member board with two extraordinary members at a special meeting Tuesday night, Kellogg said. The West Fork School Board will address the matter at a meeting scheduled for Monday night on other matters, a spokesperson for that district said.

Hawkins also cited efforts by the previous presidential administration to add a citizenship question to the census, efforts unsuccessful in federal court. These fights took months and delayed results.

Now districts must hurry to draw new equal school electoral zones in time for candidate filing to begin on March 1. The job needs to be done on time for county election officials to take the new boundaries into account. The regional planning commission is helping the districts for free in light of the situation, Hawkins said.

“I’ve heard some people claim that this only affected 10% of the voting age population, and that’s not true,” Hawkins said. “It’s 10% of the total population.”