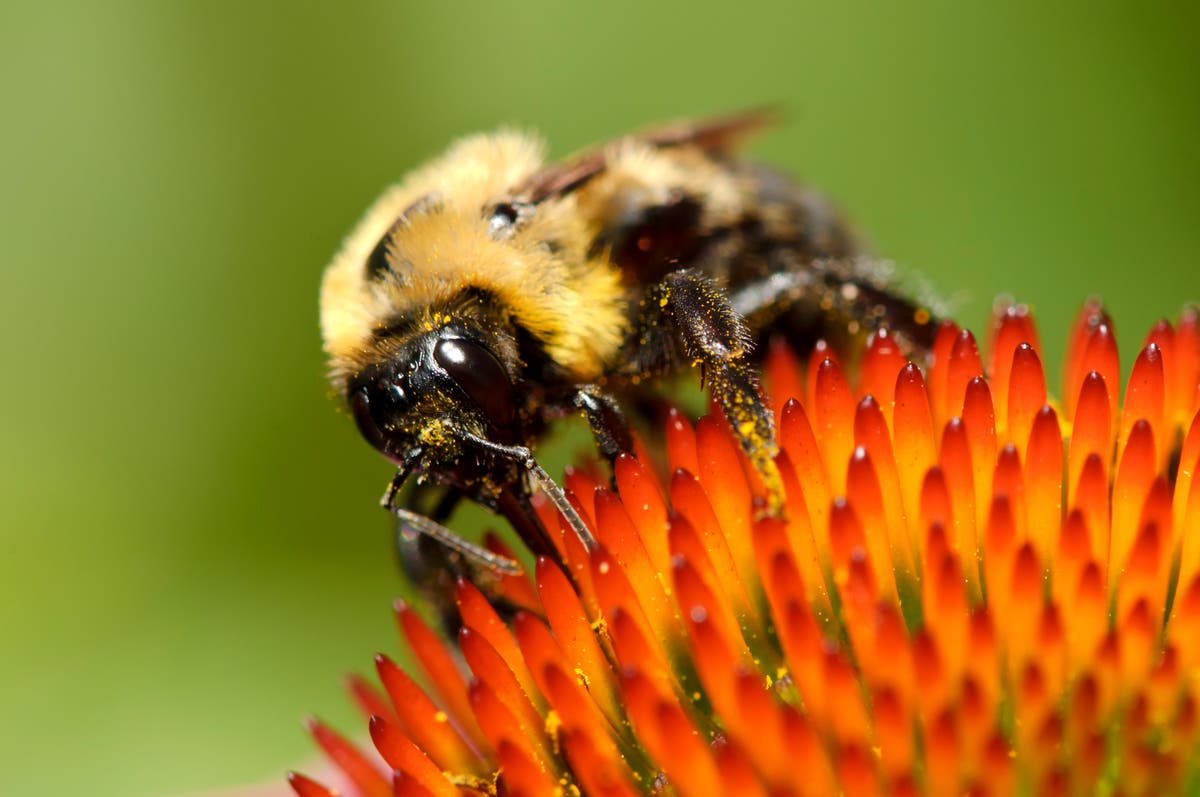 The American bumblebee population has plummeted by nearly 90% and is moving towards endangered species law protection, according to the US Fish and Wildlife Service.

The agency says adding the insect to ESA “may be justified” and will now conduct a one-year review.

Over the past two decades, the number of bumblebees has dropped 89% in the United States, and they have completely disappeared from eight states.

And in New York State, the American bumblebee population has fallen 99%, while other areas of the Southeast and Midwest have seen declines of more than 50%.

But despite worrying declines, the American bumblebee is currently not protected by any federal or state endangered species laws.

Authorities say the population has been hit hard by a range of threats, including habitat loss, pesticides, disease, climate change and competition from (non-native) bees.

Pesticides have also reduced the survival of the population, harming reproduction and the immune system of bumblebees.

A weakened immune system then makes the bumblebee more vulnerable to diseases spread by bumblebees and honey bees.

The announcement comes in response to a 2021 from the Center for Biological Diversity and the Bombus Pollinator Association of Law Students of Albany Law School.

“This is an important first step in preventing the extinction of this fuzzy black and yellow beauty that was once a familiar sight,” said Jess Tyler, Center for Biological Diversity scientist and co-author of the petition.

In a note published by the Federal Register, officials said that an initial 90-day review indicated that the American bumblebee was among three animals that should be further investigated to be added to the endangered and threatened species and plant lists.

The Siuslaw Hairy-necked Beetle and Long Valley Spotted Dace, which are part of the minnow family, join the bumblebee for further study.

But bees, which have a distinctive black and yellow color pattern, are also found in the deserts of the southwest and as far north as North Dakota and Maine.

The decline in the American bumblebee population is reflected in a similar downward trend in many of the country’s 46 bumblebee species and about 3,600 native bee species.