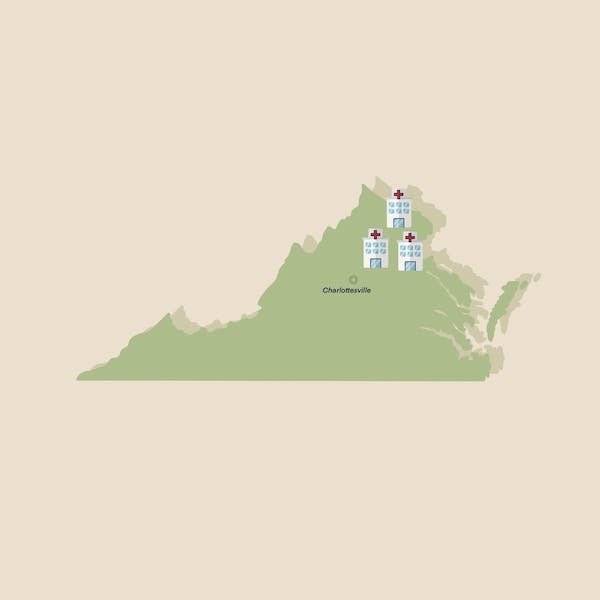 For years, the country’s move towards building large consolidated hospitals has created a wave of debates as to whether the trend would benefit patients or simply act as a business tactic under the name of expanding services. Many are concerning undermine the decades-long relationship between regional hospitals and local communities as a market pressures independent operations to be merged with increasing consolidations.

“It takes community hospitals but makes them stronger, better, in terms of the level of care they can provide,” Kent said. “But at the end of the day, we don’t want to take away the essence of a community hospital.”

According to Kent, the three community hospitals already have exceptional primary and secondary care, which meets the needs of patients with less complex illnesses. However, the capacity of these hospitals is limited to provide tertiary and quaternary care, which requires highly specialized equipment and expertise. As a result, patients with complex illnesses have to drive long hours to receive the necessary care. Ownership of the University will allow it to expand the scope of services that patients in Culpeper and Northern Virginia can receive and to make advanced medical care more accessible.

In response to inflation in health care spending, Kent explained that in a way, money can be saved by consolidating the health care system. By expanding the scope of care in Culpeper and Northern Virginia, disease prevention could be better achieved and the cost of advanced procedures could be avoided.

“Getting care locally when it’s needed saves health care money because we provide care in a timely fashion and it keeps diseases from progressing,” Kent said. “A good example of this is if you have enough primary care physicians and they do all the prevention work … [it] saves the health care system money and keeps people alive longer.

According to Kent, much needs to be done to meet the University’s mission of serving residents with exceptional patient care across the Commonwealth. Kent points out that one of the many things that could be improved is the medical record system, which is currently not synchronized between the three community hospitals. Synchronization of medical records would help University hospitals communicate with each other and allow seamless transfer of medical records when patients are transferred between hospitals.

A second area for improvement is to provide better access to care by increasing the medical workforce. Kent points out that there is simply not enough general practitioners to meet the demand for care. In addition, health specialists who could provide tertiary care should also be sent to the three hospitals. Therefore, a lot of time is currently spent recruiting more health professionals to these hospitals.

“We have a long list of things,” Kent said. “There is a lot of work to be done and teams of people are coming together to figure out how to make these hospitals stronger and better able to serve their communities.”

The University has expressed promising prospects on its goal of providing medical services to residents across Virginia, and time will tell if it is able to meet those goals.