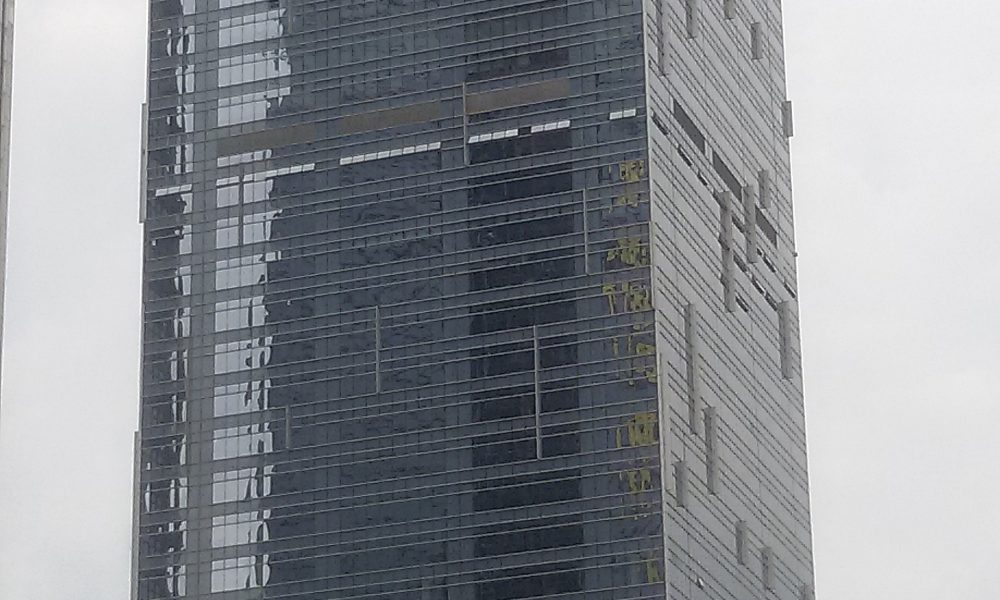 Evergrande, China’s second-largest real estate developer, is in danger. After a decade of massive growth, including investing in “Fairyland” theme parks, an electric car company and a professional football team (Guangzhou FC), it is now struggling to repay debts exceeding $ 300 billion. .

So far, he has avoided the fate of dozens of his unfinished apartment towers – dramatically demolished in recent weeks – by selling assets to make his payments. https://www.youtube.com/embed/FTVxMyGBW48?wmode=transparent&start=0

But this is not a sustainable strategy. Over the past week, the rating agency Fitch downgraded Evergrande to “C”, indicating exceptionally high risk, with default “imminent or inevitable, or the issuer is at a standstill”.

Without Chinese government intervention, the business will collapse. Here are three main ways it could affect Australia.

The collapse of Evergrande will reverberate throughout the Chinese real estate market. Investors and lenders will be more cautious, which could lead to a credit crunch. This could severely hamper real estate development and hence the demand for building materials, including steel, made from mostly imported iron ore.

China is by far the world’s largest steel producer and accounts for nearly 70% of global iron ore imports. About 60% of this iron ore was imported from Australia.

This trade has made iron ore Australia’s most valuable export commodity, worth an estimated A $ 149 billion in fiscal year 2020-2021. About 75% went to China. Any drop in Chinese demand will therefore affect the Australian economy.

China has previously sought to reduce steel production, a high-energy process, to reduce carbon emissions. The price of iron ore has halved since July.

Further declines in demand and therefore prices will affect Australian businesses and the 45,600 jobs directly employed by the industry, as well as the thousands of jobs maintained through their wages and government revenues from fees and taxes related to the industry. ‘mining.

2. General weakening of the Chinese economy

Beyond the direct effects, problems in China’s real estate and financial sectors could spill over into the Chinese economy, hurting Chinese demand for other goods and services for which Australia is a major supplier.

To put trade with China in context, Australia’s exports to China are about three times that of our second most valuable market, Japan. Even with iron ore exports taken out of the equation, China remains our largest export market.

The effect of China’s declining purchases from Australia has been the subject of considerable debate. Some have argued that Australia can compensate by diversifying into other markets. But such things take time. Economists Rod Tyers and Yixiao Zhou, who simulated the effects of the Australia-China trade closure, argued that the short-term effects could be severe.

The Evergrande debt crisis echoes the case of Lehman Brothers, the US investment bank whose bankruptcy in 2008 largely contributed to precipitating the global financial crisis.

Although the bulk of Evergrande’s debt is located in China, in the financial and real estate sectors, there is still a risk that investors and banks in other markets will be scared, leading to a credit crunch in global markets. .

Australian stock markets have already fallen from their highs in recent weeks, certainly due in part to concerns about the Chinese economy. The mining sector has seen the real carnage, but there are indicators of general unease with the falls across all sectors.

Will the Chinese government intervene?

Without outside help, Evergrande has a very high probability of failure. All the signs are there. It avoids bankruptcy by servicing the interest on its massive debt by selling assets at unfavorable prices.

All eyes are now on the Chinese government as a potential savior through some form of debt restructuring or guarantees.

Read more: Vital signs: Evergrande could survive, but its leaders expect a fate worse than debt

So far, he has not made a commitment and has taken a strong stand against high developer debt. But he may consider Evergrande “too big to fail” – its collapse having potentially disastrous local and global implications. Thus, some form of intervention to stabilize the situation seems more likely than not.

Australians, and the rest of the world, will have to wait to see exactly which hand the Chinese government plays.

This article is republished from The Conversation under a Creative Commons license. Read the original article.